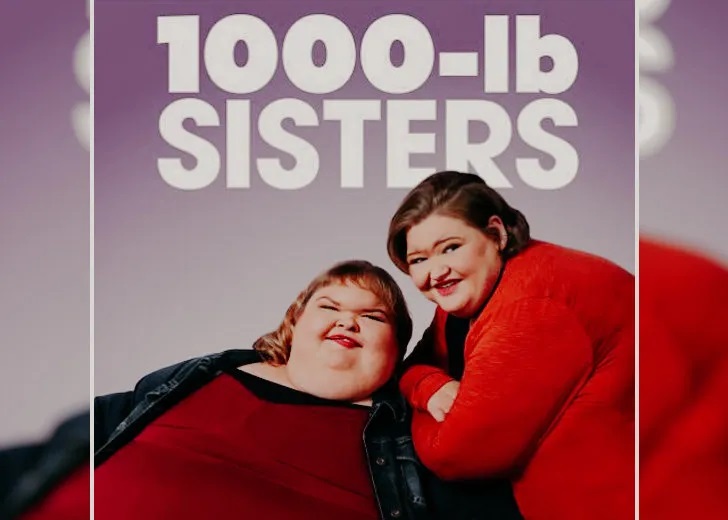 1000-lb Sisters’ Season 2 finale aired in March 2021. TLC had already announced that Season 3 would be renewed. On March 15, 2021, Deadline reported that TLC had confirmed 1000-lb Sisters would return for a third season. So, what prompted TLC to quickly renew 1000-lb Sisters for Season 3? It appeared to have something to do with the ratings.
The second season of the series received such high ratings that the network did not want to wait any longer. It turns out that millions of people watched Tammy and Amy lose weight.

According to Deadline, the season ranked first among women aged 25 to 54, 18 to 49, and 18 to 24 in its time slot. The show’s viewership nearly doubled from its first season. With 15 million interactions per week, the series generated a lot of buzz on social media.
Let’s learn more about the upcoming season of the mega-popular TLC show.

Tammy and Amy Slaton have come a long way and faced many challenges since 1000-lb Sisters debuted on TLC in 2020. Only Amy qualified for weight loss surgery in Season 1. Tammy failed to meet her weigh-in goal and gained weight as a result. Tammy faced another weight gain challenge in Season 2, as well as the aftereffects of receiving COVID-19, all while attempting to nurture a blossoming relationship with her boyfriend, Jerry.
Tammy’s family believed she needed therapy to help her overcome her eating disorder, which was revealed to the audience. The episode ended with the family looking for a facility that was certified and equipped to handle her. Meanwhile, Amy struggled to maintain her weight loss while also balancing her marriage with Michael after becoming pregnant as a result of her weight loss surgery. Gage, the couple’s son, was born at the end of Season 2. Fans can also expect to follow baby Gage as he achieves significant milestones.

It’s clear that when the reality show returns for its third season, there will be many more twists and turns in both sisters’ lives. When Will the Third Season of ‘1000-Lb Sisters’ Be Released? Fans were so vocal in their desire for a new season that a change was made. Even before the official announcement, an org petition with over 5,000 signatures was started.
The official release date has yet to be announced. However, according to TLC’s usual schedule for the show, a third season will most likely premiere in the winter of 2021 or the first quarter of 2022, implying that production is about to begin, if it hasn’t already. Season 2 aired from December 2020 to March 2021; Season 3 will have a similar number of episodes.

It will be interesting to see how the sisters get along when they travel to different places. Because Tammy requested a sabbatical at the end of Season 2, it is unknown whether her boyfriend Jerry will return for Season 3.