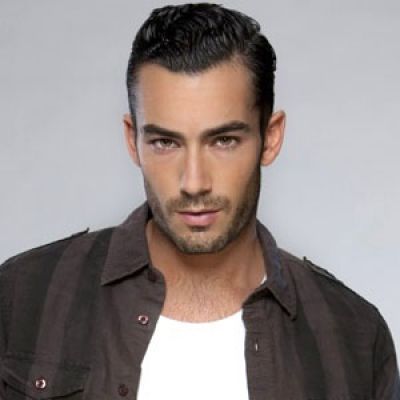 Do you know Who is Aaron Diaz?

Aaron Diaz Spencer was born on March 7, 1982, in Puerto Vallarta, Jalisco, Mexico. He is a model, singer, and actor best known for his role as Leon Velez, a CIA recruit in the ABC series “Quantico.”

Aaron is of Irish, American, and Mexican ancestry, with an Irish-American mother. While he was born in Mexico, his family later relocated to Palo Alto, California, where he grew up fluent in both Spanish and English. He returned to Mexico after graduating from high school in Palo Alto and enrolled in the exclusive Televisa Acting School, Centro de Educacion Artistica (CEA).

After finishing his studies, he made his acting debut as Kike Gonzales in the teen drama “Clase 406” – the soap opera ran for four seasons and is a remake of the Colombian telenovela “Francisco el Matematico,” which deals with the problems of Hispanic youth. In 2004, he co-starred in “Corazones al limite” with Sara Maldonado and Sherlyn. His next project was the telenovela “Barrera de Amor,” starring Yadhira Carrillo, in which he played an older character named Adres Romero, who was one of the program’s protagonists alongside Susana Diazayas and Carrillo.

Diaz was cast as Alexander Von Ferdinant, the main protagonist of another teen telenovela, “Lola…Erase una vez,” in 2006. The show is an adaptation of the Argentine program “Floricienta,” a modern-day Cinderella story created by Pedro Damian following “Clase 406.”

Two years later, he made his debut as a designer for the clothing brand Perra, which he also founded, and then pursued a music career, releasing his first album, “Enamorate de mi,” in 2009. Two years later, he released his second album, “Aaron Diaz.” During this time, he appeared in the latest version of the telenovela “Teresa,” which is a remake of the Mexican telenovela of the same name, alongside Sebastian Rulli and Angelique Boyer, as Mariano, one of the main protagonists.

Aaron also released a calendar with original photos of himself as well as his artistic designs. Because of the popularity and success of the first calendar, he decided to create a new version for 2012.

Aaron Diaz’s net worth? According to sources, her net worth is $6 million as of late 2018, earned through a successful acting career over the last 15 years. He’s also released musical albums and appeared on other television shows. It is expected that his wealth will increase as he advances in his career.

In terms of his personal life, Diaz began dating actress Kate del Castillo in 2007, and they married two years later in Las Vegas, Nevada. Kate is best known for playing the lead in the telenovela “Muchachitas.” They later married in Mexico in a religious ceremony, but their marriage lasted only two years before they divorced. He began dating “El Talisman” co-star Lola Ponce in 2012, and the two married in a private ceremony in 2015. They have two children together, both of whom were born before they married.