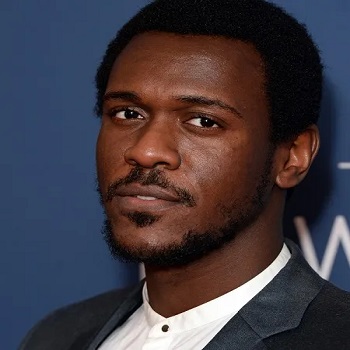 Abubakar Salim is an up-and-coming English actor, model, producer, and television personality who debuted in the drama television series The Jury. He most recently starred opposite Travis Fimmel, Amanda Collin, Ethan Hazzard, Niamh Algar, and Daniel Lasker in the television series Raised by Wolves.

Abubakar was born in Welwyn Garden City, Hertfordshire, England, on January 7, 1993. The 27-year-old actor is a dual citizen of the United Kingdom and Kenya. His father worked for Xerox as a software engineer.

Abubakar’s father, according to sources, died of cancer (lymphoma) in 2013. He graduated in 2014 from the London Academy of Music and Dramatic Art.
Abubakar began his acting career in 2011 with the television series The Jury, in which he played Sadam. Since then, he has been in shows such as 24: Live Another Day, Strike, Spotless, Agatha Raisin, Black Mirror “Nosedive,” Jamestown, Informer, Fortitude, Raised by Wolves, and many others.

Calm and Thomas & Friends: Big World! are two films in which the actor has appeared. Adventures galore! . Labyrinth, Teddy Ferarra, The Winter’s Tales, Sense of an Ending, and Prince of Denmark are among Abubakar’s theater works. The actor is most recognized for his role as Bayek in the Assassin’s Creed Origins video game. In the video game World of Warcraft: Battle for Azeroth, he played Rokhan.

Abubakar Salim’s net worth is unknown at this time; nevertheless, reports estimate that he is worth roughly $500,000.

Abubakar has remained tight-lipped about his personal life and affairs. He hasn’t been linked to any of his co-stars or anyone else as a potential girlfriend. He is now single. Salim now supports and raises donations for Cancer Research UK after his father died of cancer. He spends his free time playing video games and telling stories.