Adam Rose and his wife Joanna Rose have a baby boy named Emmett. They have been married since 2018. 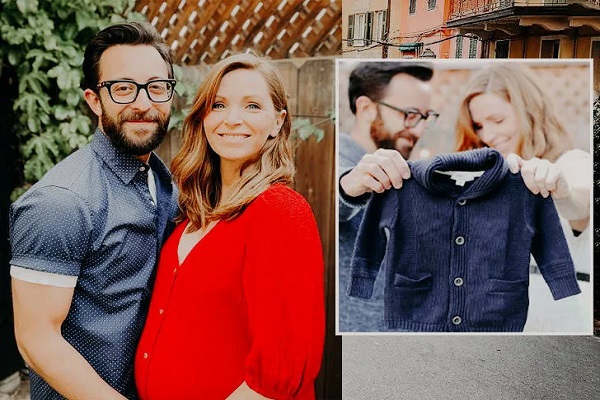 L.A.’s Finest actor Adam Rose is a married man. He has been married to his best friend, Joanna Rose, since 2018.

The best friend turned married couple has a mutual love for traveling — and they often go to different parts of the world together and capture precious moments.

Adam and His Wife Joanna Are Parents

Adam and Joanna were expecting a baby boy in June 2021. On March 25, 2021, both took to their respective Instagram handles to announce that Joanna was pregnant and the couple would be welcoming a baby boy.
The power couple used the same picture to post on their feed — and in the picture, they held a blue baby sweater together, while Joanna could be seen touching her baby bump.

A couple of days after the announcement, the actor expressed through another Instagram post that he was overwhelmed by the “sweet comments and messages” from his friends and fans.

“Can’t even express how much we appreciate all the sweet comments and messages we’ve received since our little announcement,” Adam wrote in the caption. He added, “we can’t wait for our little guy to arrive in June and for all of you to meet him.”
And on June 14, 2021, their baby boy, Emmett, made his way into the world.

The Couple Married after Seven Years of Being Together

The former Emmerdale star has been with Joanna for nearly a decade, as of August 2021. Even though we do not know when they met each other for the first time, Joanna once mentioned in her Instagram post that the couple first got together on July 10, 2011.
Their first date was at the Hollywood Forever Cemetary, where they watched the screening of Annie Hall.

After seven years into the relationship, they decided to take their relationship to the next level and get married. They walked down the aisle on July 7, 2018.

For the wedding — that took place at Lake Lanier, Georgia — Joanna wore a beautiful white wedding gown while Adam complimented her with a grey suit coupled with a white shirt and a red tie.

The couple’s friends from Los Angeles, as well as their families, attended their wedding.
Joanna shared her experiences of getting married through an Instagram post. She expressed that she was happy to have been able to unite with everyone they loved for their special day.

” To see all the joy and love between [the families] all of them and that we could bring that together…well just…It was all so surreal. My only wish is that it lasted longer… “

Fast forward over three years, and the couple is still going strong.

For quite some time, Baby Emmett has been leaving his imprint on their social media. It’s reasonable to say that the proud parents are overjoyed.

They have a passion for travel

Both the former Veronica Mars star and his wife have a strong desire to travel. T Both of their Instagram accounts, particularly Joanna’s, are brimming with photos of places they’ve visited together.

Their most recent destination to the lovely country of Italy. Prior to COVID, Adam and Joanna had a vacation to Italy.

As her Instagram account implies, Joanna is a photography enthusiast who shared photos from their trip to Italy, including visits to Venice, Rome, Manarola, and the Colosseum, to name a few.

The couple had previously visited Ireland in 2017. Joanna had posted many photos during the couple’s trip to Ireland, just as she had on her trip to Italy. They went to Galway, the Cliffs of Moher, Poulnabrone Dolmen, and Bunguaire Castle in particular.

One of their other visits was to Hawaii. They returned to the lovely state in 2017 and spent Christmas there. They traveled to Maui, where they attended a number of Christmas Eve festivities, which she documented on her Instagram stories.

Among the other destinations they’ve visited are Paris in 2015 and Disneyland, to mention a few. All of their amazing travel excursions are documented on their Instagram accounts.

Based on all of the posts, it’s safe to say that the couple’s relationship is strengthened by their shared love of travel.

Their adventures have only just begun with the addition of baby Emmett.