Adrian Grenier and his girlfriend Jordan Roemmele have permanently relocated from California to Texas. 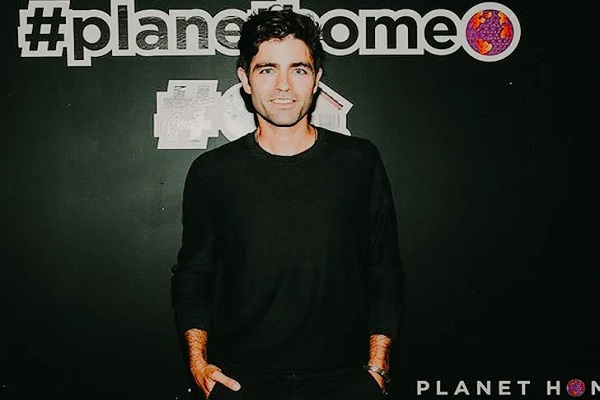 Adrian Grenier has been in the news for his love life as well as his outstanding performance in HBO’s Entourage.
With his partner, Jordan Roemmele, the gorgeous actor, who has been relatively lucky with the ladies, just relocated from California to Texas.

Jordan Roemmele and Adrian Grenier are frequently seen together

Since 2017, the actor has been associated to Roemmele, his girlfriend. After the actor and his ladylove were pictured packing in PDA, suspicions about their romance began to circulate. This occurred in Sydney, Australia, in November 2017.
In January 2018, the actor was photographed with his Roemmele once more. After a workout, the beautiful couple appeared to have stopped for a smoothie.

Grenier’s training outfit consisted of black shorts and a Puma hoodie. He was also carrying two yoga mats. Roemmele, on the other hand, was holding smoothies for both of them.

In June 2018, Grenier was photographed with his girlfriend in yet another adorable moment. The couple was spotted on a romantic lunch date in Brooklyn, New York. It was clear that the duo was charmed by one another just by their proximity.

Grenier’s life is still swimming with romance controversies, despite what appears to be a rock-solid partnership with Roemmele.

Grenier has had previous relationships with Emily Caldwell, Isabel Lucas, Courtney Robertson, Melissa Keller, and Mellisa Joan Hart. He was also linked to Ashley Greene and Paris Hilton, according to reports.

Grenier Was Gay, According to Azealia Banks

Azealia Banks, a singer, recently accused Grenier of being gay.
Banks alleged Grenier is a “closeted homosexual” in a video posted on May 25, 2020. She went on to say that the actor hides his sexuality.

Grenier and his girlfriend relocated to the state of Texas

Grenier is featured on the cover of Austin Life Magazine in June 2021. During his interview with the publication, he explained why he relocated permanently from California to Texas.

The actor claims to have friends in Austin and to have owned a business there. “People are intelligent and accomplished, but they do not brag about it. There’s no need to prove anything…, “Added he.
Grenier and his fiancée purchased a home outside of Austin after he “dealt with some personal concerns” he had been avoiding previously.

Grenier enjoys life in the country, but he has no regrets about his time in the city. Indeed, those were some of the most enjoyable years of his life, and he had a great time.

‘Clickbait’ with Adrian Grenier on Netflix

Grenier makes a comeback in the role of Nick Brewer in the film Clickbait, which released on August 25, 2021.

Brewer is a seemingly upright father, husband, and brother who mysteriously vanishes one day and winds up at the center of a lethal viral hoax.

The preview follows Grenier’s character’s transformation from a loyal family father to a turbulent and mysterious individual.

Michelle Phan and her lover Dominique Capraro appeared to be inseparable a few years ago.The couple was open about their love and even appeared in videos together, sharing private moments, ans
Read More
November 29, 20210

Jon Bellion is married, yet his song “Conversations with My Wife” isn’t about her.

Jon Bellion, a rapper, keeps his married life with his wife discreet.For quite some time, reports about rapper Jon Bellion marrying had been circulating the internet, but it was difficult to d
Read More
March 20, 20220

Dave Chappelle is a household name in the American stand-up comedy scene.From being booed off the stage in his early days to making the contentious Netflix special Sticks & Stones, he has ma
Read More