After ending a five-year relationship, Matt Steffanina is happy with his current girlfriend

The street dance wizard appears to have moved on from his previous relationship with Dana Alexa and is now filming some fun viral Tik Tok videos with his new love interest. 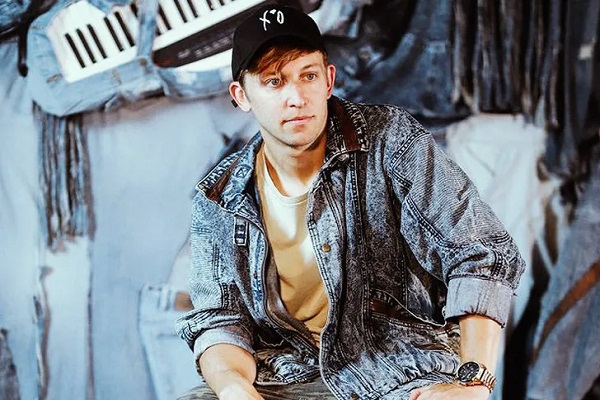 After breaking off his engagement to long-time sweetheart and dance partner Dana Alexa, Matt Steffanina is enjoying his present relationship with Destiny Kaye.

Alexa and the street dance master spent five years together. The dance duo’s breakup was difficult for their admirers because they usually lit up the screen whenever they were together.

Many up-and-coming dancers were inspired by the previously employed choreographers.

Steffanina, on the other hand, has moved on from his ex-fiancée and is now busy filming Tik Tok videos with his new girlfriend.

Steffanina has been with her current girlfriend for two years

Destiny Kaye, Steffanina’s current companion, has been dating him for about two years. It was clear from his girlfriend Kaye’s one-year anniversary post on July 20, 2020 that they have been dating since July 2019.
The first time Steffanina was featured on Kaye’s Instagram was on July 15, 2019, therefore the dance team decided to make it official around that time.

Kaye has frequently featured him in her posts since her official announcement on July 20, and vice versa.

Kaye is a well-known Tik Tok star and dancer who hopes to be a well-known model. Her YouTube channel also has make-up and try-on videos.

Steffanina has a history with Dana Borriello, her fiancée before Kaye

Steffanina dated fellow dancer Dana Borriello, better known in dance circles as Dana Alexa, for a little over five years before calling it quits.
They were even engaged during their romance, exchanging rings in May of 2012.
The previously involved choreographers were seen together in a number of dance competitions. They were also the season 28 winners of the Amazing Race.

When Alexa posted a video announcing their breakup in April 2020, it became public knowledge. The ex-partners were engaged at the time of the video, and they were also separated.

Alexa went on to say that she was delighted to be single because she had been in a long-term relationship for most of her life.

She also stated that despite the fact that they had been together for a long period, she had moved on peacefully. She said this in response to a fan who questioned if she “hated Matt.”

Alexa then revealed that she was engaged to the dancer and would soon be his wife. Not only that, but the couple also lived together, traveled together, and developed an empire together, most likely referring to Steffanina’s now-famous dancing academy.

She insisted that she did not despise Steffanina and that she had always been grateful for the years they had spent together. She also stated that discussing the relationship from her perspective would be disrespectful to him and all they had gone through as a couple, so she ended the conversation there.

Regarding a specific facet of their relationship, Alexa stated that she does not want to be referred to as “Matt’s ex” because she considers herself to be her own person.

But she also admitted that, as she was a girl, she was more likely to be referred to as Steffanina’s ex than the other way around.

Related Posts of After ending a five-year relationship, Matt Steffanina is happy with his current girlfriend