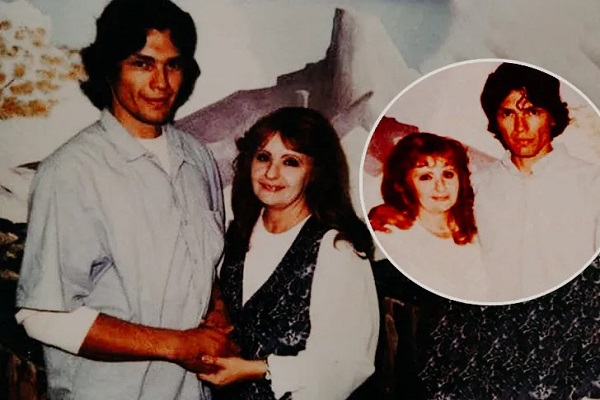 Doreen Lioy, better known as the wife of Richard Ramirez, dubbed The Night Stalker, received plenty of press coverage during her husband’s death trial. All of it came to an end after Ramirez died in prison from complications related to B-cell lymphoma.

She has been out of the public eye since then. However, recent revelations from Full House star John Phillip Stamos have brought the Night Stalker’s wife back into the spotlight.

Apart from the obvious fact that she married a convicted serial killer and rapist whom she first met after his horrible acts were made national news, little was known about Doreen Lioy’s past.

She left Ramirez in 2007, ironically, after DNA evidence revealed that her husband had raped and murdered Mei Leung, a nine-year-old girl, in 1984. Ramirez was responsible for the deaths of at least 14 persons in all. Before being apprehended in 1985, he raped and tortured hundreds more people. In 1996, he married Lioy.

Recent developments, on the other hand, have revealed a different side of the serial killer’s widow. In an exclusive interview with Entertainment Tonight in 2019, veteran actor John Stamos stated that Lioy coached him before landing his big break on General Hospital in 1982.

What Was John Stamos’s Biggest Breakthrough?

Stamos met Lioy through a buddy, Michael Damian, when he was 16 or 17 years old, according to the 2019 story. Because Stamos was born on August 19, 1963, their first meeting may be pinpointed to the late 1970s – at least half a decade before Lioy began courting the legendary killer.

Lioy worked as an editor for Tiger Beat, a popular teen fan publication at the time. She developed an interest in the young Stamos and was the first to publish an article about him in the magazine. Before becoming a mainstay on the cover, the now-famous actor first appeared in the editor’s section in a portrait alongside Lioy.

Not only that, but for his breakout part in General Hospital, Stamos said that he was trained by the serial killer’s widow. The actor was nominated for a Daytime Emmy Award for Outstanding Supporting Actor in a Drama Series for his performance. As the situation progressed, the actor and Lioy grew closer, and the two were nearly family.

“[Lioy] was sort of like a sister and became best friends with my mother — she was a very lonely woman — [and] spent all the holidays with us.”

What surprised Stamos the most was that Lioy used the same compliments to describe Ramirez as she had previously used to describe him.

Lioy spoke to CNN many years before the famed killer’s death on the impact he had on her. No, she didn’t see a cold-blooded murderer! He was, in reality, a nice person who became her best friend, she stated.

Stamos’ family cut ties with Lioy once her relationship with the serial killer became public, which came as no surprise. Since the death of Richard Ramirez, Lioy has been off the public radar in terms of her location.