After shedding a substantial amount of weight on ‘My 600-lb Life,’ Amber Rachdi now lives a happy life 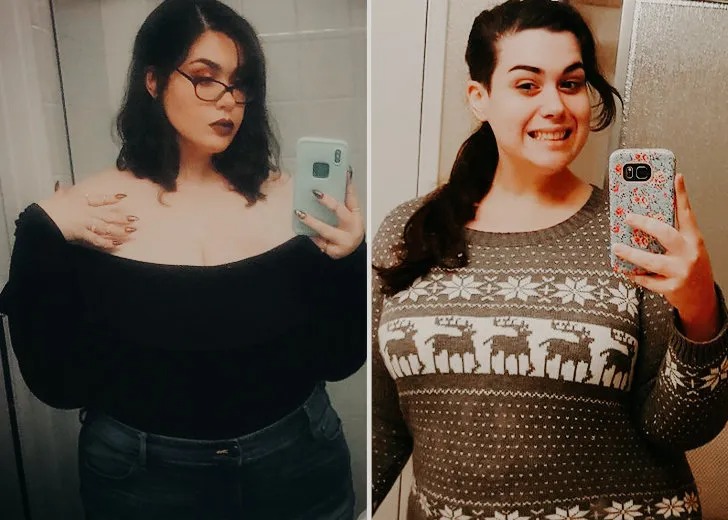 Amber Rachdi is an American reality television star who rose to prominence after appearing in the third season of the popular show My 600-lb Life. But what made Rachdi and her weight-loss journey so unique? She shed a whopping 400 pounds (181 kilograms)!

Amber Rachdi Appreciates Her New Life with Her Husband

After a difficult weight loss journey and gastric bypass surgery, the star of My 600-lb Life is now spending time with her husband Steve.

Rachdi first mentioned getting married on June 8, 2016, through a Twitter post, although not sharing many specifics about her husband.

She tweeted a photo of herself sporting a beautiful engagement ring with the comment, “Who is getting hella married?” “I’m getting married in a big way.”

The couple has a good marriage, as evidenced by Rachdi’s amusing Twitter updates, which are largely about her amusing habits and how her spouse reacts to them.

For example, on January 10, 2020, the TV actress described an event in which she misspoke and said “appley bappley” instead of telling her spouse about her juice box’s lovely name pun, “Appley Ever After.”

Rachdi appears to have found her partner based on those amusing tweets.

However, before her marriage to Steve, she had a connection with a man named Rowdy. Rachdi and Rowdy began dating before the TV personality made the decision to slim down. Rowdy was by her side throughout her weight loss journey.
Regrettably, they chose to split up in 2015. Despite their split, they remain close friends.

She’s At Ease With Herself Regarding Her Weight

Rachdi published a mirror photo on Instagram on December 7, 2019, the 5th anniversary of her departure from the My 600-lb Life show, and confessed that she knows she will never be skinny. She also stated that she had “come to terms with it.”

Despite shedding 400 pounds in just over a year, Rachdi was still motivated to get better and healthier and avoid becoming overweight.
Her most recent Instagram post, from June 2021, demonstrates her dedication to her lifestyle, as she appears lovely in it.

In addition, the TV personality showcased her amazing beauty once more in a tweet from July 2021.

Rachdi doesn’t appear to be letting anything get in the way of her body image and positivism.

Even after 7 years of drastic weight loss, the actress looks better than ever.

She appears to be pleased and optimistic about where she is in life, as seen by her Twitter account.

Related Posts of After shedding a substantial amount of weight on ‘My 600-lb Life,’ Amber Rachdi now lives a happy life