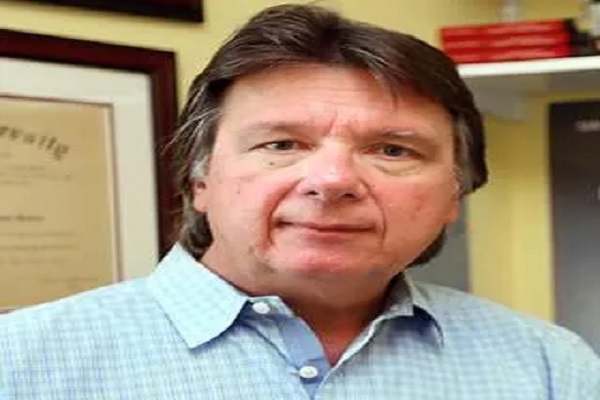 James R. Fitzgerald, a retired FBI agent, was the man who led the FBI on an 18-year manhunt for one of modern history’s most renowned criminalsâ€â€—Theodore John Kaczynski (The Unabomber).

The two-decade-long nightmare ended with the capture of the Unabomber, but it had a toll on Fitzgerald’s marriage to Ellie Fitzgerald.

Marriage was hampered by the Unabomber case

In 1976, James Fitzgerald married Ellie Fitzgerald and had three sons. However, his family was hampered by the nature of his employment, particularly the Unabomber case.

His employment required him to travel to different locations and stay away from home for several days. This had a significant negative impact on his marriage. As a result, once his team solved the case, he and his wife split.
They divorced amicably and decided to co-parent their children.

Natalie Schilling is a new partner

Fitzgerald was once again brought to the public’s notice in 2017 by the Discovery series Manhunt: Unabomber. Natalie Schilling, his new fiancée, was also featured. The series was based on true events that occurred during the Unabomber’s unmasking.

Natalie is a linguist at Georgetown University in Washington, where she studies ethnic, stylistic, and gender-based variance in American English dialects as well as Forensic Linguistics.

Schilling and Fitzgerald haven’t married yet, despite the lack of news about them in the public.

They appeared at several publicity events for shows like Manhunt and Criminal Minds. Their first public appearance was during a Criminal Minds press event in September 2014.

How did he manage to apprehend Kaczynski?

Ted, or Theodore John Kaczynski, was a meticulous domestic terrorist and a math prodigy.

He left no evidence of his mailed bombs, which killed three individuals and injured twenty-three others between 1978 and 1995. He did, however, purposefully leave misleading clues in them and referred to them as his manifesto.

The criminal mastermind was eventually discovered after a thorough examination of the manifestos.

Fitzgerald gleaned precise details about the cold-blooded killer from his manifestos, such as the fact that the Unabomber was “obsessively cautious” in his writing, regularly making tiny errors such as a comma after a sentence or an exclamation mark that should have been a question mark.

The results were broadcast live on national television for all to see.

Ted Kaczynski’s sister-in-law eventually recognized the writings and told the FBI who he was. Her husband didn’t believe her at first, but a statement from Ted’s college days, “cool-headed logician,” finally persuaded him.

On April 3, 1996, Kaczynski was apprehended after his cabin was discovered. He is currently serving eight life sentences without the chance of parole.

After the Unabomber, Fitzgerald took a more relaxed attitude to his profession.

The FBI profiler assisted in the development of training programs and tools to increase the FBI’s threat assessment capabilities after the famous capture. He also remained relatively unknown in the media, only appearing as a consultant in the development of crime shows like Criminal Minds and Sleepy Hollow.