After two failed marriages, Diane Ladd found her happily ever after with her current partner. 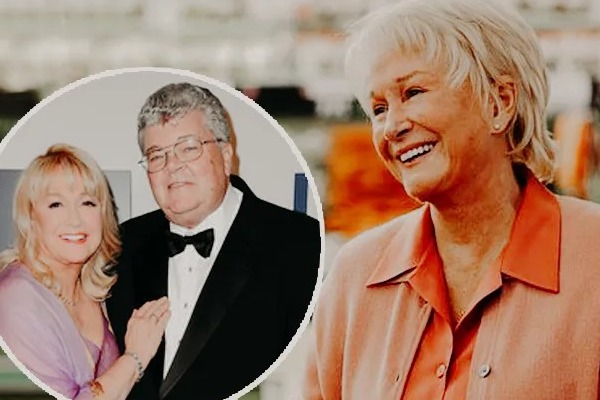 Diane Ladd, a three-time Oscar nominee, has had a string of catastrophes in her personal life, particularly in her marriages to ex-husbands.

But that is all in the past today, owing to her current hubby, she is in a lot better place.

Robert Charles Hunter, an author, lecturer, advisor, and business leader, is currently married to the veteran actor. Her third husband is Robert. Even after 22 years of marriage, the pair appears to be very much in love. They have been married since 1999.

In 2014, Diane Ladd had lunch with her husband, Robert Charles Hunter.

The couple currently resides in California and enjoys spending time with their 10 grandchildren. They appear to be living a happy life now that they can teach their grandchildren how to climb a rock or build something on the beach.

Both Ladd and her husband have said that they have a special bond with all 10 of their grandchildren and that being with them brings them the most delight.

Actor Bruce Dern, Ladd’s first husband, with whom she was married for nine years, from 1960 until 1969.

Laura Dern and Diane Elizabeth Dern, the former couple’s daughters, were born to them.

The actress has been candid about her failed marriage to Dern. The 86-year-old said in an interview with Parade magazine (via Deseret) that her first marriage ended due to the loss of their first daughter.

Elizabeth, their first child, drowned when she was only 18 months old.

The former couple tried to cope with the death of their daughter, but the sadness was too much for them to take, and it tore them apart.

Furthermore, she has confessed that the loss of her first child caused her to be overprotective of their second daughter, Laura.

Despite being a watchful dad, Ladd insisted that Laura pursue her ambition of becoming an actress.

In 2018, the loving mother posted an Instagram snapshot of her daughter with the poignant message, “Watching my kind, caring, talented, beautiful daughter who fights for all of us.” Laura, I’m really proud of you.”

Despite the fact that her first marriage did not work out, she appears to be on good terms with her former husband. She adores him so much that she has directed him in a movie.

She even laughed about it in an interview with My New Orleans, saying, “I say, ladies if you want revenge, direct your ex-husband.”

The actress also expressed her gratitude for the opportunity to work with him. Dern may not have been a wonderful spouse, but he was a great actor, Ladd joked.

William A. Shea, Jr. was Ladd’s second wife. After her first divorce, they were married for four years.

This marriage, however, did not work out, and Ladd divorced him in 1976. He is not the father of her children.

Related Posts of After two failed marriages, Diane Ladd found her happily ever after with her current partner.