Jimmy Fortune, an American country music musician, has been enjoying his long marriage to Nina Fortune. But there came a time in Fortune’s life when he simply couldn’t hold his marriage together. 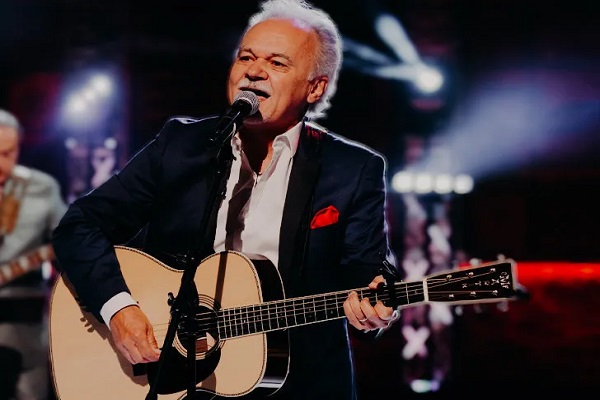 Jimmy Fortune, who is most recognized for his work as a tenor with The Statler Brothers, has been enjoying his over two-decade marriage to Nina Fortune.

However, there was a time in the American country music singer’s life when he simply couldn’t hold his marriage together. Yes, the 66-year-old has had to go through two divorces in the past before finding happiness with Nina.

In 1998, Jimmy Fortune and his wife Nina married

In October 2020, the pair celebrated their 22nd wedding anniversary. However, the couple received countless wishes on their 21st anniversary on the wrong day in 2019.

Jimmy was divorced twice throughout his life

Despite the fact that the country music singer now has a 22-year marriage, he was once despairing in his personal life after being divorced twice.

Despite his difficulties with his first two wives, the musician never made any public statements about them. In reality, his wives’ identities and any information about their two marriages are completely hidden.

In February 2020, Jimmy spoke with Cornerstone Television Network, revealing that 1993 was a difficult year for him for a variety of reasons, one of which being a “very terrible divorce.”

Despite the fact that the Elizabeth singer doesn’t say much more, he does have children from prior marriages. It’s unclear exactly how many children he had with each of them.

According to the Reference website, Jimmy and his second wife have four children.

He has a total of seven children and eleven grandchildren

During an interview with Cowboys & Indians magazine in September 2019, Jimmy disclosed that he has seven children and eleven grandchildren from his three marriages at the time.

“When I look back on all of it, I look at my children — I have seven children and eleven grandchildren — God’s really blessed me.”

Jessica, Meghann, and Cortney are his three daughters, and Grant, Chris, Matthew, and Jimmy Fortune Jr. are his four sons. However, the name of the spouse from whom they are born is not revealed [as it is with most of his personal information].

Meanwhile, due to his time “on the road with the Statler Brothers,” the popular singer expressed sorrow about not being able to spend more time with them in the interview.

But now that he’s in his latter years, the Virginia-based artist is devoting more time to his family.

Jimmy may be seen singing and playing guitar with his friends and family, and he has documented some of these occasions on Instagram.

Related Posts of After two failed marriages, Jimmy Fortune is still going strong with his wife and seven children