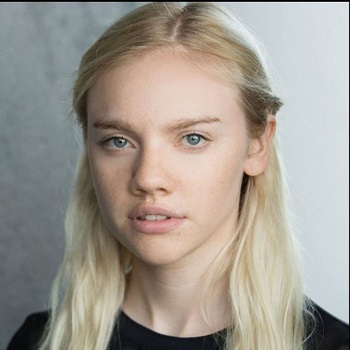 Aine Rose Daly is an English actress and singer who rose to fame after portraying Sandy Phillips Vivian in the action-drama series Hanna. Daly, who had a lot of theater experience as an amateur, had her on-screen debut in 2019 and seems to be progressing with her impressive performance. Indeed, she rose to prominence and money as a result of her television roles, and she is now dabbling in music, with her first single, ‘Miles,’ set to be released in August 2020.

What is Aine Rose Daly’s age? What Country Does She Come From?

Daly is from London, England, and was born in the late 1990s. Though her precise birthday is unknown, she is assumed to be in her early 20s and stands 5 feet 3 inches tall as of December 2021. The TV actress is of white caucasian ancestry and is British by nationality.

Daly, who has over 13.1K Instagram followers (@ainerosedaly), frequently shares posts with her family. Anton Daly is her father’s name, and she has a brother named Tadhg Francis Daly.

The lovely character with blue eyes and blonde hair began her career as an amateur in front of the television screen. Lady MacBeth in MacBeth, Ariel in The Tempest, and Dorothy in The Wiz are among her theater performing credits.

Surely, it was her passion for acting, as well as her attention to the craft, that led to her TV debut in an episode of Tom Clancy’s Jack Ryan in 2019. After portraying Sandy Phillips in Hanna (2019- 20, 10 episodes), starring Esme Creed-Miles, Mireille Enos, and Joel Kinnaman, Aine Rose Daly’s career took off.

In addition to her television success, Daly began her musical career in August 2020, with the release of her first single, “Miles.”

According to IMDB,Aine is now working on the 22-minute short film Boiling Point, which will be released in 2021 and features Stephen Graham, Jason Flemyng, and Ray Panthaki.

Her other project for 2021 is the horror film Eight for Silver, which is currently in post-production. In the film, she will play Anne-Marie with Kelly Reilly, Boyd Holbrook, and Alistair Petrie.

Aine Rose Daly is a rising star in the film business who has already demonstrated her acting abilities in a number of roles. The London-born star made thousands of pounds while working in Hanna. Daly is said to have a net worth in the high five figures, with an estimate of $80,000.

Furthermore, Daly’s revenues from new projects, as well as her branching out into the music industry, are anticipated to increase her fortune in the coming days. She launched her self-titled YouTube channel on July 8, 2020, and posted her first-ever single, “Miles” (2 videos); as of late 2020, her channel had 178 followers and 1535 views.

Although she has yet to sign an endorsement deal, her Instagram promotion deal has the potential to pay her a lot of money for every sponsored post.

Is Ine Rose Daly dating anyone? Boyfriend And Love Life

Aine Rose Daly has sparked a lot of interest in her love life as a new face in the spotlight thanks to her acting abilities. So yet, no verifiable reports about her dating life or partner have surfaced; nevertheless, based on her Instagram and Twitter profiles, she appears to be dating Dustin Dooley. He works as a music producer for a living.

The couple frequently collaborates on charming and comfortable videos. Aine even sent him Valentine’s Day greeting with the charming caption:

“a special valentines day for Dustin and Aine……miz u dusto”

He works as a music producer for a living. With a nice caption, Aine wished him a happy Valentine’s Day.
The couple has been together for a few months and is said to be in a good place.