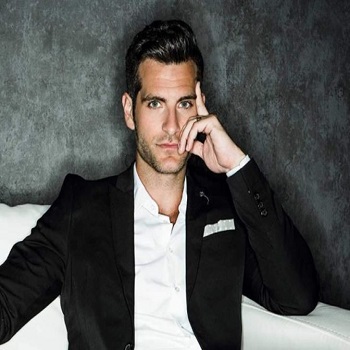 Alan Powell was born in Nashville, Tennessee, and is most known for his role as Franklin Weaver in the 2014 film Where Hope Grows. Powell began his professional career in 2009 and went on to star in the thriller drama Quantico as Mike McQuigg, a regular cast member (2018, Season 3).

Alan, in addition to being a well-known actor, also pursued a career in music and was a member of the Christian band Yellow Cavalier (later renamed Anthem Lights) before departing in 2016. What Is He Up To Right Now? Find out more about Powell’s personal and professional life.

Alan is 35 years old in October 2020, having been born on May 3, 1985. At the age of six, the native of Nashville, Tennessee, relocated to Mississippi with his family, and at the age of fourteen, he moved to Fort Myers, Florida. His parents’ names have not been revealed, except that they were pastors.

The 6-foot-2-inch (188-centimeter) tall person studied New Testament at Liberty University in Lynchburg, Virginia. However, he later moved on to music and then acting.

How did Alan’s musical career begin?

Powell, a gifted musician, and hip-hop dancer, performed at Liberty University’s talent event, where he received a standing ovation and was inspired to pursue a career in music. Alan then relocated to Los Angeles in 2006, where he started a Christian band with longstanding high school friend Chad Graham.

After adding college friends Kyle Kupecky and Caleb Grimm to the lineup in 2007, they christened the band Yellow Cavalier. The band’s name was changed to Anthem Lights after securing a record deal with Reunion Records in 2010, and Alan Powell served as lead singer until 2016.

Powell released two albums with the band, Anthem Lights and You Have My Heart.

Alan made his film debut in 2009, while still in his Christian band, with Charlie & Boots. After focusing on his music career for three years, he returned to television in 2012 as a guest cast member on Nashville. Following his performance in the short film Each Time Again in 2013, the American actor was cast in two films in 2014: Where Hope Grows and That Song, both of which earned him critical acclaim.

Alan Powell made brief appearances in the TV series The Arrangement and the film Another Version of You in 2018. Mike McQuigg in Season 3 of Quantico (2018. 12 episodes) starring Priyanka Chopra, Josh Hopkins, Jake McLaughlin, and Aunjanue Ellis was his first regular role.

The American actor most recently appeared in the 2020 films Heavenquest: A Pilgrim’s Progress and Shooting Heroin, alongside Sherilyn Fenn, Cathy Moriarty, Patrick Thompson, and Peta Sergeant.

On December 15, 2020, his family drama film The Reason will be released.

Is He Married, with a Wife and Children?

After relocating from Nashville, Alan Powell is happily married and resides in Los Angeles with his wife Brycie Marie. According to reports, the couple married in 2006 and have been together ever since, celebrating their 14th wedding anniversary.

According to his Instagram post from July 2020, the American actor and his wife are expecting their sixth child in February 2021. He frequently publishes pictures of his gorgeous family on social media. He’s also on Twitter (@@alanpowell10), where he has more than 32K followers.

Alan Powell’s net worth is estimated to be $1.1 million as of October 2020, according to online sources. His acting job is, without a doubt, his primary source of income at the moment. Alan’s music career in the band Anthem Lights, which he left in 2016, also garnered him a sizable fortune. His most well-known television appearance was in Quantico (2018, season 3), and he also appeared in the films The Song (2014) and Where Hope Grows (2014).