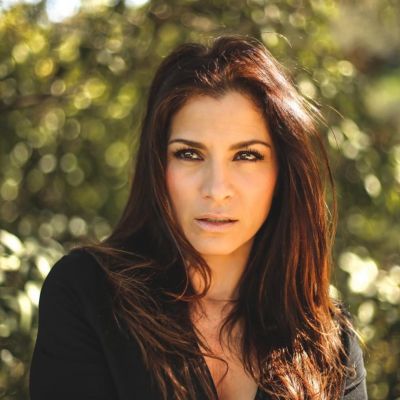 Do you know Who is Alessandra Rosaldo?

Alessandra Sanchez Barraro was born on September 11, 1971, in Mexico City, Mexico, making her age 48. She is best known as an actress, singer, and dancer who went by the stage name Alessandra Rosaldo. She sold over four million albums while in the band Sentidos Opuestos. Alessandra Rosaldo got the Lo Nuestro Award for Rock New Artist of the Year at the 16th Lo Nuestro Awards in 2004 during her singing career.

In terms of her acting career, she is best known for her parts in Mexican TV soap operas, the most well-known of which being “Ni Contigo Ni Sin Ti.” In 2006, she earned first place in the TV show Bailando por un Sueo, which aired on Televisa Network and afterward on Univision.

Alessandra Barrero was the eldest daughter of Gabriela Barrero and Jaime Sanchez Rosado, with younger sisters Valeria and Mariana. Her father was a well-known and successful pop music producer, so it’s no surprise that Alessandra pursued a career in the entertainment industry.

She was in contact with numerous popular singers and studio musicians from a young age, and when she was 12, she began performing backup vocals at her father’s studio.

Alessandra had her schooling at Alexander von Humboldt, a German school in Mexico City, where she learned German and English and became fluent in both. She graduated from an American school foundation in Mexico City with a high school diploma.

Alessandra married Eugenio Derbez on July 7, 2012, who is also an actor, producer, director, and writer in the entertainment world. He is arguably best known for his unforgettable performance in the hit film “Overboard,” in which he co-starred in with Anna Faris. Eugenio, who is well-known throughout Latin America, has also made a name for himself in Hollywood and is now one of the most well-known performers among the Spanish-speaking community in the United States.

Among his other well-known films are “Geostorm,” “Aztec Warrior,” and “Sandy Wexler.” Alessandra and Eugenio have a daughter named Aitana Derbez, who was born on August 4, 2014, and the pair appears to be extremely pleased with their daughter since there is no indication that they are having any family problems.

Given her various talents and excellent job, it is clear that Alessandra lives a very comfortable and prosperous life.

According to trustworthy sources, she has a net worth of $1.5 million and receives a magnificent income of at least $75,000 as a result of her involvement in many various initiatives.

Alessandra began her career in the show business at an early age. Her father had a significant influence on her career decision, as she had been exposed to the inner workings of music and acting since she was a young kid. She enjoyed spending time in her father’s music studio, where she met many well-known singers and entertainers. She rose to prominence as one of Latin America’s most popular singers and actresses at the age of 12.

From 1999 to 2000, she played Brenda Sakal in the TV soap opera “DKDA,” which was produced by Luis de Llano and shown on Televisa in Mexico. she appeared in the soap opera “Aventuras en el Tiempo,” produced by Rosi Ocampo for Televisa.

she was finally cast in the main role, as Paulina Almazan in Ernesto Alonso’s Televisa sitcom “Amarte es mi Pecado,” which aired from 2003 to 2004. She has since played a variety of characters in soap operas such as “With You- Without You,” “Los Simuladores,” “Noches con Platanito,” and “Hermanos y Detectivos.”