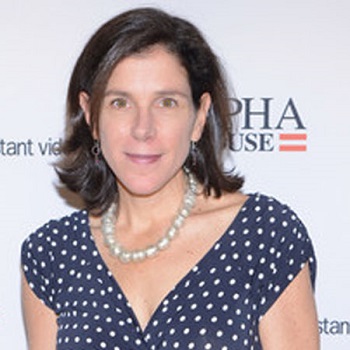 Alexandra Pelosi is a journalist, documentary filmmaker, and writer from the United States. She has also worked as a director on a number of projects, including Journeys with George, Friends of God: A Road Trip with Alexandra Pelosi, and others. She has been in the spotlight as the daughter of Nancy and Paul Pelosi, the Speakers of the United States House of Representatives.

Born in the Golden State Alexandra Pelosi has four brothers and sisters.

Alexandra Pelosi was born in San Francisco, California, in the United States of America, on October 5, 1970. Pelosi is of Caucasian ancestry and of American nationality.

Alexandra Pelosi began her media career as a network television producer for the NBC network in the year 2000. At the same time, she was covering George W. Bush’s crucial presidential campaign. Pelosi produced the documentary “Journeys With George,” for which she gained widespread praise and acclaim.

Alexandra Pelosi has been nominated for six Emmy Awards for her outstanding documentary work. After more than ten years at the NBC network, she started working for the HBO network. During the 2004 Democratic primaries, she followed and campaigned for Democratic candidates. ‘Friends of God: A Road Trip with Alexandra Pelosi,’ a documentary on evangelical Christians, included Ted Haggard, a former preacher.

‘The Trials of Ted Haggard,’ directed by Alexandra Pelosi, was released in 2007. In 2008, she returned to the campaign path for her HBO film “Right America: Felling Wronged-Some Voices from the Campaign Trail,” which premiered on President’s Day 2009. In 2010, Pelosi released another film, ‘Homeless: The Motel Kids of Orange Country.’ The film tells the narrative of a group of disadvantaged working-class children in Orange County, California.

Alexandra Pelosi returned to her hometown in 2015 to shoot a film about the impact of the tech boom on The City. In 2016, she produced the HBO documentary ‘Meet the Donors: Does Money Talk?’ examining money’s role in politics.

She Is A Writer

Alexandra Pelosi has dabbled in writing in addition to her profession as a journalist and filmmaker. She published her book, Sneaking Into the Flying Circus: How the Media Turn Our Presidential Campaigns into Freak Shows, on May 9th, 2005. The Kindle edition costs $12.99, while the hardcover edition costs $24.99. She also wrote Citizen U.S.A.: A 50-State Road Trip, which was published on June 7, 2011.

Alexandra Pelosi’s net worth is believed to be $1 million. Her profession as a journalist helped her to amass the majority of her wealth.

While her net worth is unknown, her adoring mother Nancy Pelosi is thought to be worth $120 million and earns $223k each year.

When it comes to her personal life, journalist Alexandra Pelosi married Michiel Vos on June 18, 2005. The couple planned a lovely wedding celebration in Greenwich Village.

Her husband is a journalist, lawyer, and U.S. reporter from the Netherlands. It is not stated, however, when the two initially met or how it all began.

How many children do they have?
The couple has two children together. On November 14, 2006, Alexandra and her husband Vos had their first child, a son named Paul. The following year, they welcomed their second son, Thomas, into their family.

Alexandra and her family currently reside in Greenwich Village.