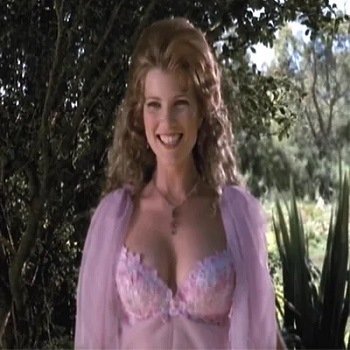 Alexandra Tydings is an award-winning actor, director, writer, producer, and activist from the United States. Hercules: The Legendary Journeys and its spinoff, Xena: Warrior Princess, made her famous for her portrayal of Greek goddess Aphrodite on American television. Tydings has also appeared in episodes of Sheena, The Wire, and Party of Five as a guest star. At the Charm City Fringe Festival, she earned the Best Fringe Award. The actress has three children and has been married twice.

Alexandra Huntingdon Tydings was born on December 15, 1972, in Washington, D.C., under the zodiac sign of Sagittarius. She is of Caucasian heritage and is a citizen of the United States.

Tydings attended Sidwell Friends School and earned a bachelor’s degree in film and critical theory from Brown University. As a child, Tydings used to compete in Irish dancing. She also performed with The Royal Ballet of London at the Kennedy Center. Tydings is also a former singer and bassist for the band Annabelle Kickbox.

Alexandra Tydings began her career in Hollywood after graduating. She originally appeared in the films Angst and Alice (an independent film). Later, Tydings starred alongside Woody Harrelson in the film The Sunchaser, directed by Oscar-winner Michael Cimino.

She later went on to produce, write, and direct the films Rainbow Bridge and Directing Reel. She has starred as a guest star in a number of episodes of shows such as The Wire, Party of Five, and Sheena.

Alexandra Tydings’ Salary And Net Worth

Alexandra Tydings has amassed a sizable fortune through her acting career. However, the exact sum of her net worth has yet to be released, but it is estimated to be more than $1 million by several web sites.

She has earned a large sum of money for her remarkable work in a lot of films and television series. According to some online sources, the average hourly wage for American actors is $39.84. As a result, it’s possible that she earns in the same range as you.

In addition, the actress has secured a number of important roles in a variety of films. She is also a director and producer of films, through which she earns money.

Alexandra Tydings has had two marriages. She married Adam Tomie, a producer and director, at first, but they split after a few years.

Tydings went on to marry Ben Luzzatto, an interdisciplinary artist, after their divorce. Before getting married, the pair dated for a long period. They are the parents of three children.

It’s been a long time since the couple has been married, and there are no whispers of divorce.

Tydings is a native English, Spanish, and French speaker. Her soldier’s back and arms are similarly covered with tattoos. She left acting in August 2018 to open the Rock and Roll Yoga Center in Washington, D.C. Tydings says she has been a vegetarian for fourteen years and enjoys gardening.