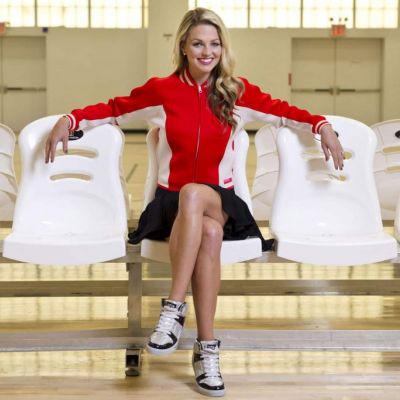 Do you know Who is Allie Laforce?

Alexandra Leigh LaForce is a 30-year-old American journalist, broadcaster, actress, former model, collegiate basketball player, and beauty pageant contestant who was born on December 11, 1988, in Vermillion, Ohio, USA, under the fire sign of Sagittarius. She is most recognized for her present work as a Turner Sports sideline reporter, where she covers National Basketball Association (NBA) games for TNT. Before this venture, she was a lead reporter for American Football games in the National Collegiate Athletic Association’s Southeastern Conference (SEC) (NCAA).

Allie is the daughter of Wade LaForce and Lesa LaForce, a former Miss Ohio USA 1977. Her father was a great athlete in his youth, but a ligament injury forced him to abandon his aspirations.

Allie managed to balance school and pageantry as a teenager. She just began taking pageants seriously after winning numerous competitions in Ohio. In 2005, she won the Miss Teen Ohio pageant, beating out every other contender. While she was previously unknown in the world of pageantry, her unexpected and decisive victory elevated her to one of the favorites for the Miss Teen USA crown. She won the competition, which took conducted on August 8, 2005, in Baton Rouge, Louisiana. As the winner, she received a one-year contract with Trump Modeling Management, which resulted in some minor regional campaigns.

Allie was also awarded a scholarship to the New York Conservatory for Dramatic Arts, but she chose to attend Ohio University instead. She had a cameo appearance in the hit NBC soap opera “Passions” as a result of her unexpected stardom, which is her only acting credit to date. In 2006, she spent most of her time traveling around the country, speaking about the dangers of drugs and alcohol, an impressive feat for such a young woman. Allie’s journalistic career began unexpectedly while she was still a senior at Ohio University. When one of Sportstime Ohio’s best reporters called in sick at the last minute, they approached the former Miss Teen USA and requested her to step in.

As of August 2019, Allie LaForce’s net worth was $2 million. Her annual compensation at TNT is said to be $220,000, making her one of the highest-paid reporters in the country.

Allie LaForce is married to Joe Smith, a Major League Baseball pitcher for the Houston Astros (MLB). They originally met in 2012 while Joe was at a college football game, but they didn’t get along. They didn’t start liking each other until 2013 when they started exchanging direct messages on Twitter. In July of that year, he proposed to his love on Ohio Beach, one of Allie’s favorite spots in the world. They married on January 17, 2015, in a private ceremony in Allie’s home state of Ohio. Even though Smith is a professional baseball player, he chose to honor his wife by holding a basketball throughout the ceremony. Allie has a football linebacker brother named Jack who plays for the Mount Union Purple Raiders, and her younger sister AuBree is a four-sport athlete at Vermillion High School.