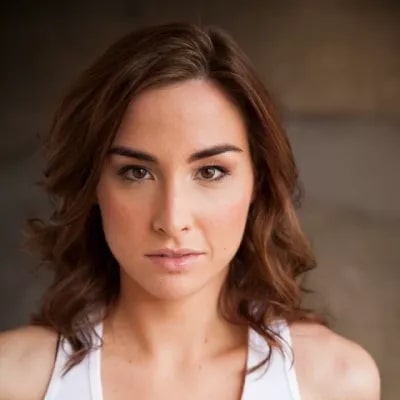 Do you know Who is Allison Scagliotti?

Allison Glenn Scagliotti, born September 21, 1990, is an American actress and band member best known for her role as Mindy Crenshaw in the Nickelodeon sitcom “Drake & Josh,” as well as her appearance in the series “Warehouse 13.”

Scagliotti was born in Monterey, California, to Italian, Irish, Jewish, and English ancestors. Her family moved to Mandeville, Louisiana, when she was five years old, and she moved to Los Angeles permanently in 2003. Scagliotti’s interest in acting began at a young age when she joined her school’s theater club.

She went on to study at Glendale Community College and New York University.

Scagliotti’s career began in 2002, when she first appeared in the television series “America’s Most Terrible Things,” followed by appearances in a variety of other shows, including “Once Around the Park” in 2003 and “Joint Custody” and “Grounded for Life” in 2004. In 2004, Scagliotti finally got a break in her career, when she joined the cast of the show “Drake & Josh,” playing the role of Mindy Crenshaw, who was a fan favorite on the show from 2004 to 2007, and her success helped elevate her career and increase her net worth. Scagliotti went on to appear in other shows, including “Zoey 101,” “ER,” and a small recurring role in “One Tree Hill.” She also ventured into films, and in 2007 starred in her first film, “Redemption Maddie,” playing the lead role. She has acted in films such as “Endless Bummer,” “My Name is Jerry,” and “Losers Take All,” furthering her reputation and net worth.”

Scagliotti returned to television in 2009 with a role in the series “Warehouse 13,” which began as a guest role for Claudia Donovan and eventually became part of the main cast, and the show became a huge success, airing from 2009 to 2014. Scagliotti also got into plays, appearing in the 2012 production of “Unhealthy.” She also joined the band Nice Enough People in 2015, alongside Jerry Trainor, her co-star in “Drake and Josh”; the band disbanded in 2015.

Scagliotti recently appeared in the series “Fresh Off the Boat,” “The Vampire Diaries,” and “Mary + Jane,” as well as the short films “Little Gold Star” and “The Cards.” After appearing in shows such as “Bones,” “Person of Interest,” and “Switched at Birth,” Scagliotti landed another main role in the series “Stichers” in 2015; she played Camille Engelson and stayed in the show until 2017.

Scagliotti’s net worth is above $3 million, according to authoritative sources, as of mid-2018, accumulated from her years working as an actor in cinema, television, and on stage.

Scagliotti’s personal life is pretty private regarding her relationship, but she is single, and there is no news if she is presently dating. Scagliotti is related to Kevin Pfeffer, the lead vocalist of Five Minutes of Freedom, who is her first cousin. She is also cousins with National Wakeboard Champion Alex Scagliotti.