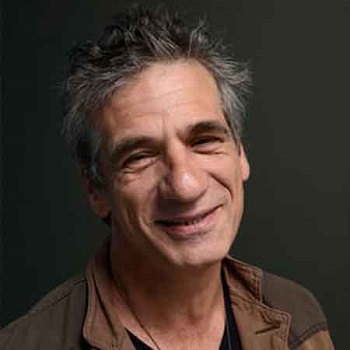 Alon Abutbul is an Israeli actor and producer who, as of 2018, has worked in the entertainment industry for over thirty years. He began his acting career in modest roles in his home nation of Israel until landing his big break in the film Shtei Etzbaot Mi’Tzidon, in which he played the major role. He is most known for his parts in the films Body of Lies (2008), The Dark Knight Rises (2012), and London Has Fallen (2013). (2016). Abutbut was named the 158th best Israeli of all time in 2005.

Alon Abutbul was born Alon Moni Abutbul in Kiryat Ata, Israel, on May 28, 1965. He is a Gemini, which means he has an expressive, communicative, thoughtful, and restless disposition.

His older brother, who died of cancer in 2012, was his only sibling. He was an actor and vocalist.

He graduated from Givatayim’s Thelma Yellin High School of Arts.

Abutbul began his acting career after graduation, playing in short films such as Hapnimiyah, which was shot near his hometown. He later starred alongside Mosko Alkalai and Smadar Kilchinsky in the film 51 Bar, and in 1986, he was cast in the film Shtei Etzbaot Mi’Tzidon, which was set during the 1982 Lebanon War. For him, the picture proved to be his big break. His performance was praised by both reviewers and fans, and he was awarded the Best Actor Award at the Jerusalem Film Festival.

Abutbul won the Best Actor Award for his work in the Israeli film Ehad Mishelanu (1989), which he co-starred in with Dan Toren and Sharon Alexander. Continuing his brilliant career, he produced and starred in Gur Bentwich’s film Ha-Kochav Hakachol in 1995.

He was named Film Actor of the Decade at the Haifa International Film Festival in 2000. The Order, Mars Turkey, Nina’s Tragedies, Dance, Munich, Beaufort, The Dark Knight Rises, and London Has Fallen are some of his other well-known films. He has also starred alongside Leonardo DiCaprio and Russell Crowe in the American film Munich, Body of Lies.

Television Abutbul’s made his television debut in 1997 where he shared a screen with Israeli actress Tinker Bell and Sivan Shavit in the Israeli drama named A Speck on the Eyelash. Then, in 1999, he co-starred with Merav Gruber and Lior Ashkenazi in the award-winning Israeli TV film Shabatot VeHagim.

Egoz, Melanoma My Love, Dancing with the Stars, and Lost and Found are among his other television credits. He also made guest appearances in American television shows such as Burn Notice, Homeland, and Low Winter Sun.

Alon Abutbul is a well-known Israeli actor who began his career in 1979 and has since appeared in more than 80 films and television series. From his successful career spanning over three decades, he has earned a considerable net worth. His overall earnings and compensation, on the other hand, remain unknown. He is undoubtedly in the six-figure range, based on his accomplishments and hard work.

In terms of his personal life, Alon Abutbul has been married to Shir Bilya for a long time. The couple keeps a low profile and nothing is known about their relationship. They have four children together. He is currently residing in Los Angeles, California with his girlfriend and children as of 2018.