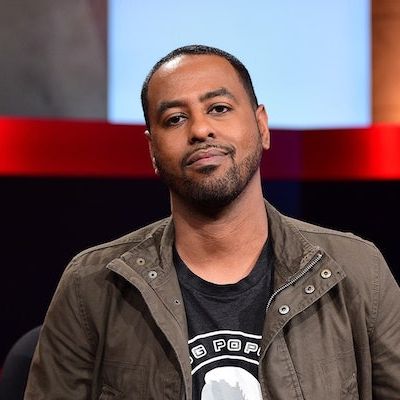 Do you know Who is Amin Elhassan?

Amin Elhassan was born in Sudan on April 12, 1979, and is a sports commentator best known for his work with the sports television network Entertainment and Sports Programming Network (ESPN), where he appears in a variety of programs. Prior to working in sports broadcasting, he was a member of the Phoenix Suns of the National Basketball Association (NBA).

Sources estimate net worth of more than $200,000 as of mid-2019, earned through a successful career in sports broadcasting. He has also amassed wealth through his work in professional basketball, and it is expected that his wealth will grow as he continues his endeavors.

Amin’s family moved to New York City when he was a baby, despite being originally from Sudan. He grew up in the United States and now holds American citizenship, but his family moved back to Sudan when he was eight years old, but later returned to New York so Amin could finish high school there. He had always been interested in sports since he was a child, but he had never considered it a career.

During his school years, he excelled in his studies, particularly in math and science. After graduating from high school, his academic abilities led him to enroll in an engineering program at Georgia Tech, also known as the Georgia Institute of Technology. The university was founded in 1885 and initially offered mechanical engineering degrees before expanding to include other types. It now has six colleges and over 31 departments. They offer courses in science, technology, computing, business, and design in addition to engineering.

Elhassan realized at Georgia Tech that he was only studying engineering because it would lead to a high salary, and he had no passion for the field. This prompted him to seek other opportunities, including working as an intern for the NBA’s Atlanta Hawks as a field marketer. He liked this type of work because it allowed him to make contacts in the sports industry. He was then promoted and worked as part of the Hawks’ game-day operations crew for the next three years.

In 2004, he interned with the New York Knicks to learn more about basketball operations before joining the Phoenix Suns full-time. The team is well-known for its history with the league, which dates back to 1968, with one of its most notable periods occurring during the peak of Charles Barkley’s career as well as the early 2000s era of Steve Nash. Before moving into scouting, Elhassan worked as a video coordinator. Finally, he was promoted to assistant director of basketball operations for the franchise, reporting to general manager Steve Kerr. He eventually left Phoenix’s front office in 2012 to pursue other opportunities.

ESPN and a Career in Broadcasting

Soon after, one of ESPN’s editors asked Amin to write a sample article for them. This led to him doing freelance work for a while, and he impressed the ESPN staff, thanks in part to his contacts in the sports industry. He began working full-time for the company in 2013, and his experience working within organizations has given him knowledge of various dynamics that viewers may be unaware of.

ESPN, founded in 1979, is one of the world’s most successful sports networks. The Walt Disney Company owns the majority of the network, accounting for roughly 80% of the total. The network broadcasts in over 200 countries and has an average of 90 million subscribers. ESPN is available in approximately 78 percent of US households with at least one television set.

Amin has appeared on numerous television shows, including “SportsCenter,” “SportsNation,” “The Jump,” and “Mike & Mike.” He also co-hosts an ESPN radio show with Izzy Gutierrez. While he is best known as an on-screen personality, he frequently works behind the scenes as well.

In terms of Elhassan’s romantic relationships, little is known about his personal life. He has not spoken about this aspect of his life and prefers to keep it private. He did, however, marry his still-unnamed wife in 2009, and they now have two daughters.

He’s known for his sometimes scathing commentary, which has spread to social media. His online comments have landed him in hot water.

In 2016, he walked away from a radio show after a heated argument about Peyton Manning. He carried on his debates on Twitter before returning to the show to apologize to his listeners. He also received backlash after commenting on professional wrestler Kevin Owens’ online video, which showed his son celebrating Owens’ WWE Universal Title win. Amin Elhassan slammed the son and Owens, claiming that everything was staged, and he received a lot of backlash for it.