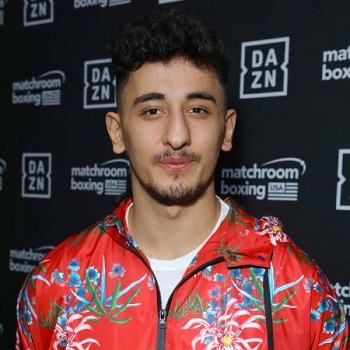 What is the age of AnEsonGib?

His family relocated to England, and he has lived in London since then.
What is AnEsonGib’s claim to fame?

Ali started YouTube in August 2012 under the moniker “AnEsonGib,” which is “Big Nose Na” spelt backward. He is most known for his FIFA soccer video game gameplay. AnEsonGib has over 2.17 million followers and 258.3 million lifetime video views since that time.

When he played FIFA 14 wagers against fellow YouTubers Olajide “KSI” Olayinka Williams Olatunji Jr. and Harry “W2S” Lewis, his fame exploded. Since then, he has frequently collaborated with Harry and the “Sidemen” gang of English YouTubers.

In the undercard of KSI vs Joe Weller, AnEsonGib made his boxing debut against his YouTuber friend MaxPlaysFifa. Similarly, in the second round, he knocked out his opponent. In his second match on the undercard for Logan Paul versus KSI, he defeated YouTuber Jay Swingler. On January 30, 2020, he was defeated in his professional boxing debut by Jake Paul in Miami, Florida.

What will AnEsonGib be worth in 2021?