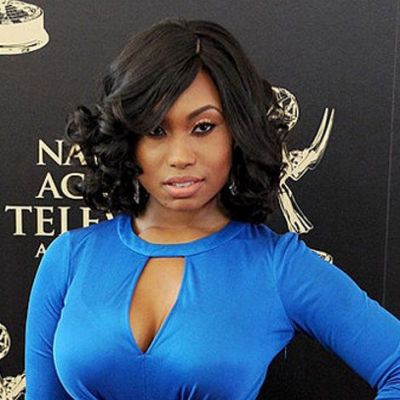 Do you know Who is Angell Conwell?

Angell Conwell was born on August 2, 1983, in Orangeburg, South Carolina, USA, and is best known for her roles in films such as “Baby Boy” and “Soul Plane.” She has also appeared on several popular television shows.

Angell was born in Orangeburg, South Carolina, but her family relocated to Columbia, South Carolina, when she was two years old, where she grew up with her younger sister. She was the Seven Oaks Elementary School’s first African-American student body president. She moved to Brooklyn, New York after graduating from high school in the hopes of pursuing a career in acting. Angell’s mother, who is a talent agent, is one of the reasons she got a head start in the acting industry. She discovered her love of acting at the age of six when she received a standing ovation for her performance in a school play. After being cast in the television pilot of “On Our Own,” which was not picked up, she relocated to Los Angeles, California.

Despite this, she appeared in television shows such as “NYPD Blue,” “The Parkers,” and “Renegade.” In 2001, she rose to prominence after being cast in the film “Baby Boy,” in which she played Kim in the coming-of-age story of mechanic Jody Summers as he navigates everyday life in Los Angeles. It starred Tyrese Gibson, but it was originally slated to star Tupac Shakur, who died in 1996.

Conwell would appear as a guest on episodes of “That’s So Raven” and “One on One” over the next few years. She was then cast in her next film, “Soul Plane,” as Tamika in the comedy film starring Snoop Dogg, Kevin Hart, and actors such as Sofia Vergara and Mo’Nique. She also appeared in several music videos before appearing in two straight-to-DVD films, “Rhythm City Volume One: Caught Up,” a mini-movie by Usher following the recording of the single “Confessions,” which broke the record for an R&B debut.

Conwell was also cast in “Half Past Dead 2,” a sequel to “Half Past Dead” starring Steven Seagal and starring Bill Goldberg. Conwell would work on several films over the next few years, mostly on the independent circuit. She directed a few feature films, including the romantic comedy “Love For Sale,” starring Jackie Long and Jason Weaver. She also appeared in the 2009 horror comedy film “Frankenhood,” alongside DeRay Davis, Jasper Redd, and Bob Sapp.

Angell Conwell’s net worth is unknown. As of late 2018, sources estimate her net worth to be $2 million, earned through a successful acting career. She has been nominated for several awards for her performances, and she has also appeared in music videos. It is expected that her wealth will increase as she advances in her career.

Angell is known to be in a relationship with Omar Gooding, whom she met on the set of the film “Baby Boy” and is the younger brother of Academy Award winner Cuba Gooding Jr. Omar has appeared in shows like “Barbershop,” “Miami Medical,” and “Deadwood.”