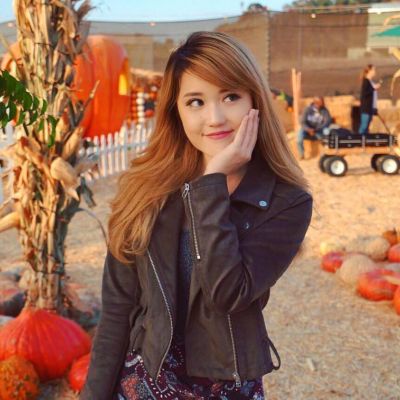 Do you know Who is AngelsKimi?

AngelsKimi is a notable YouTuber and streamer known for her ASMR videos and “League of Legends” (LoL) streams. Let’s learn more about her present relationship status, real name, age, and so on.

Kimi “AngelsKimi” was born on September 23, 1992, in the United States, under the sign of Libra, and holds American citizenship. Her family is unknown, except that both of her parents are Korean, and she has an elder brother whose name is unknown. She once stated that she grew up and still resides on the East Coast. Her moniker is made up of two words: “Angels” is the name of her in-game community in the game she plays the most, “League of Legends,” and “Kimi” is her true name.

Kimi was drawn to video games from childhood and spent a lot of time playing them, which her family tolerated. Kimi’s parents also encouraged her to pursue her dream of becoming a full-time streamer.

Kimi graduated from her local high school in 2010, then went on to UCI (University of California, Irvine), which she described as “great,” because it is a safe campus with a lot to offer in terms of leisure and sports. However, because Kimi never disclosed what degree she received from UCI, this information is still inaccessible.

Kimi’s offline career is unknown because she has never disclosed any information about her previous employment. Everything we know is that she began streaming in 2015 and quickly chose to make it her full-time job. She was mostly broadcasting the game LoL but owing to public demand and far too many questions, she began streaming “Minecraft,” “Maplestory,” and “Teamfight Tactics.” She once revealed that she suffers from her audience’s attention, as when she enters LoL, her game constantly lags for several minutes as she receives over 50 direct messages saying, ‘Hi!’ She also stated that she didn’t want to hurt anyone, but she decided not to add everyone to her friend list because it was already too long.

Kimi decided to start two YouTube channels in 2106, one for gaming videos (shortcuts from her streams) and one for ASMR videos. As a result, she now has “AngelsKimi,” which has over 75,000 subscribers, and “Angels ASMR,” which has even more – over 85,000 subscribers. Kimi became a Twitch partner in 2018, which meant she received her “Subscribe” button on her broadcasting page. She herself stated that she felt much more at ease after that point because her income will be more stable.

Kimi is one of the inventors of the new software “Kippo,” a social and dating app designed by gamers for the digital generation. Kimi will undoubtedly profit from the software, which is already available for Beta testing.

Kimi’s net worth is estimated to be over $300,000, generated from both of her YouTube channels (roughly $500 per month from both of them); she also benefits from her Twitch channel and subscribers there, as well as donation tips. Kimi’s future income source could be the Kippo app, as she is one of the founders, and if the app becomes famous, she will receive a substantial sum of money from it. It is worth noting that her Instagram users have a high engagement rate, and she earns up to $850 for every post. Kimi’s net worth will continue to rise as she is a persistent and hard worker.

Kimi prefers to keep her life secret, however, she recently revealed some information regarding her current relationship status. She shared an Instagram selfie of herself from Coachella, clutching the hand of another YouTuber and Twitch streamer, FedMyster. He also shared a selfie of them on Instagram, captioning it ‘We out here.’ His fans were disappointed to learn that he chose to date Kimi over his long-term best friend Pokimane – another female streamer and content creator – because they had grown accustomed to seeing Pokimane in Fed’s videos and streams. Fed, on the other hand, revealed that Pokimane was only a buddy to him and that he was dating Kimi.

Kimi enjoys everything Korean, and she always has kimchi (a traditional Korean spicy vegetable appetizer) in her fridge. She also enjoys sushi, particularly rolls with salmon. Ddukguk (a rice cake soup) tops her list of favorite Korean foods, but she also enjoys milk. Kimi enjoys trying new foods: she once tasted an unusual dessert of strawberries packed with tomatoes and covered with maple syrup and chocolate, and she thought it was delicious.

Kimi doesn’t speak Korean; some of her followers mocked her for being Korean but not understanding the language, wondering what type of Korean she was! She always attempted to avoid such inquiries or simply said, ‘Same.’ She did, however, express a desire to learn Korean and speak it well one day. She would define herself in three words: outgoing, optimistic, and drowsy.