Anthony Melchiorri’s Wife Is No Longer In The Public Eye

Anthony Melchiorri is one of the best TV personalities in the hospitality industry, but he rarely displays the other side of his life, which is that of a husband and father to three lovely daughters. 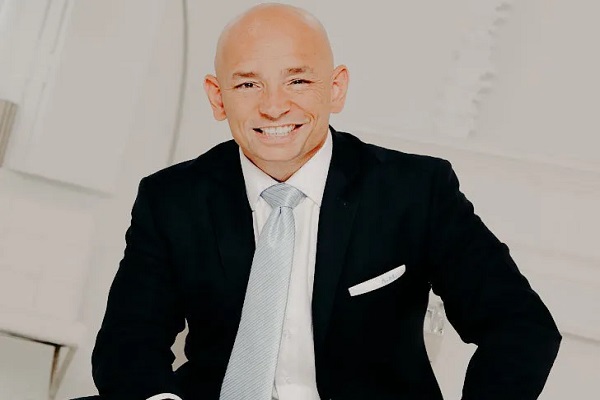 As much as celebrities enjoy the attention and the spotlight, some celebrity wives choose to be silent supporters of their partners and avoid being photographed by the paparazzi.

Anthony Melchiorri and his wife are in the same boat. Anthony can brag about being one of the best TV personalities in the hospitality industry, but he rarely displays the other side of his life, as he has been very private about his marriage.

Melchiorri has never shared a photo of his stunning wife, Nancy. For a long period, the actor has avoided discussing her on social media.

However, a photo of Nancy that was posted by one of Melchiorri’s pals in March 2016 has been discovered.

Although there aren’t many photographs of Nancy online, Melchiorri hasn’t been hesitant about mentioning his wife in his tweets in the past.

A Father with Three Lovely Daughters

The hospitality professional and his wife have three lovely girls, including twins. Mia, Cara, and Nina are the names of the couple’s three daughters. Nina is the youngest of the Melchiorri sisters, while Mia and Cara are twins.

The Melchiorri siblings, unlike their mother, have made frequent appearances on their father’s Instagram posts as well as on his show. As charming as all of his daughters are, they each have their own characteristics and have chosen different job paths as adults.

Professionally, the Melchiorri siblings are on different paths

Mia, Cara, and Nina, as previously stated, are all interested in different things and have different career goals.

Mia, one of his twin daughters, is a gifted theatrical and film actress who has been in such productions as Beauty and the Beast, Rumour, Singin in the Rain, Pippin, and many others. She has also appeared in films such as Wisegal, Burden Of Proof, and Her Husband’s Killer, among others. Mia appears to have inherited her father’s ability to face the camera.

On the other hand, Cara, his other twin daughter, has taken a different path. She holds a bachelor’s degree in Public Relations and Image Management from Iona College. She recently worked as an intern in The Books Group Public Relations, according to her LinkedIn profile.