Antonella Nester, a former QVC host, and her husband’s love, retirement, and cancer

Antonella Nester, a former QVC host, bonds with her daughter over face masks and offers a moving anecdote from her past that demonstrates her and her husband’s eternal love. 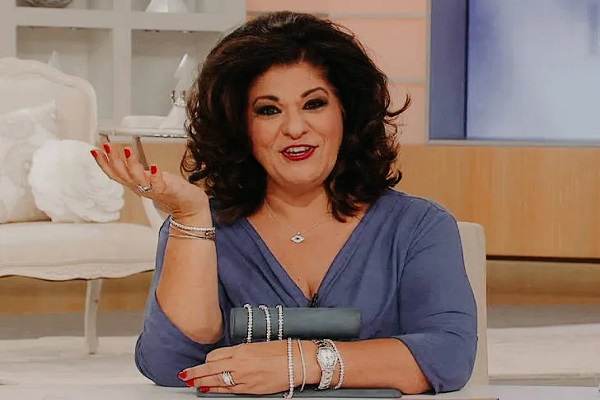 Antonella Nester changed her lifestyle after being laid off as part of QVC’s big programming makeover in 2020. She and her husband, Chris Nester, sold their house and now live full-time on a yacht.

Antonella’s health deteriorated as she lost weight and was diagnosed with non-Hodgkins lymphoma.

Part of my retirement plan included living on a boat

QVC, the home shopping channel, has let go of some of its fan-favorite personalities in the wake of the COVID-19 outbreak. Antonella Nester was one of them, along with Gabrielle Kerr, Stacey Stauffer, and Kristine Zell.
Through a Facebook post, Antonella revealed the reason for her departure. She explained that it was due to the taped program being re-aired on QVC2.

The popular personality got vocal about her ambitions to live on a boat with her husband within a week after the news of her departure from QVC broke. On July 24, 2020, she even announced on her YouTube channel that she had purchased a new ship – her new home.

Her retirement “home” appeared to be a fraction of an inch too small to accommodate the couple’s belongings. While the yacht did appear to be disorderly in every aspect, another video from the host helped to alleviate everyone’s fears.
In a video from October 14, 2020, the former QVC host appeared to be looking for a new yacht.
Antonella and her husband attempted to sell their belongings in order to purchase a new yacht, which she confirmed on November 12, 2020 with video.

‘Goodbye home…selling our home’ was the title of the video, which highlighted the exteriors and interiors of her home. After her admirers expressed significant concern about her living situation, she responded in a video released a month later.
Due to her recent job loss and her husband’s unemployment, she confessed that she was unable to pay off her home’s mortgage. But why did she buy the boat in the first place?

The host explained that the idea wasn’t something they came up with on the spur of the moment; it was part of a 33-year retirement plan. And the fact that both of them had lost their jobs only accelerated their plan.

Her two sons, Michael and Philip, and daughter, Hope, appeared to be unaffected because they live on their own.

In Ups and Downs, she co-stars with her husband, Chris Nester

It is only because of Antonella and Chris’s troubles that the Nester family is having the time of their life right now. She told the QVC community a terrible personal experience in 2018.
She confessed that when she and her husband were first married, they struggled to make ends meet.

Once, after months of saving, the two decided to purchase a bracelet Antonella had her eye on. However, as they arrived at the shop, Chris noticed a watch beside a case and his face lit up with interest.

When Chris saw the watch, Antonella stated he had the same gleam in his eyes as when she saw the bracelet. The watch was not within their budget; it cost $150, the same as the bracelet.

Antonella opted not to buy the bracelet because Chris was always buying things for her and their children and never for himself. Instead, she decided to buy the watch for her spouse. Chris, on the other hand, was adamant that she obtain the bracelet.

The former QVC host, always one to back down, squabbled with her spouse. She then slipped the bracelet back into the storekeeper’s palm and requested that the watch be finished.

The storekeeper was moved by the couple’s selfless love for each other and offered a 50% discount on both items. The pair was allowed to purchase both the bracelet and the watch as part of the package.
Antonella went on to say that, despite the fact that they had very little money left for the vacation, the gesture meant the world to them. She also stated that she and her husband continue to wear their gifts as testimony of their unselfish love to this day.

During his cancer battle, he suffered significant weight loss

Antonella Nester has been open about her cancer battles with her fans, which she affectionately refers to as “Bookers.”

She had a nerve sheath tumor in her arm at initially. She had surgery to remove it in December 2020 after physicians classified it as a dead cyst. The tumor was diagnosed as malignant lymphoma after a biopsy.
On her birthday, January 20, 2021, she went to the Jefferson Cancer Institute to confirm her diagnosis.

She was diagnosed with Non-Hodgkins lymphoma, an incurable but treatable kind of blood cancer, after undergoing a PET scan.

Antonella had previously shown signs of the condition, losing 40 pounds and feeling tired despite a healthy diet and 20 hours of sleep per night.
Her full-body scan not only identified the cancer, but it also revealed that she had two tumours beneath her breast. The tumors were found to be malignant after a second biopsy. The breast cancer and her previously diagnosed lymphoma, however, were unrelated.

Antonella mentioned that she felt quite exhausted while discussing about her cancer diagnosis and treatment in a YouTube video she posted on February 14, 2021.

She also stated that she would be addressing her breast cancer and would have a bone marrow biopsy. Since then, though, no new information has emerged.

Related Posts of Antonella Nester, a former QVC host, and her husband’s love, retirement, and cancer