Antonella Nester, a former QVC broadcaster, has been battling cancer since November 2020. 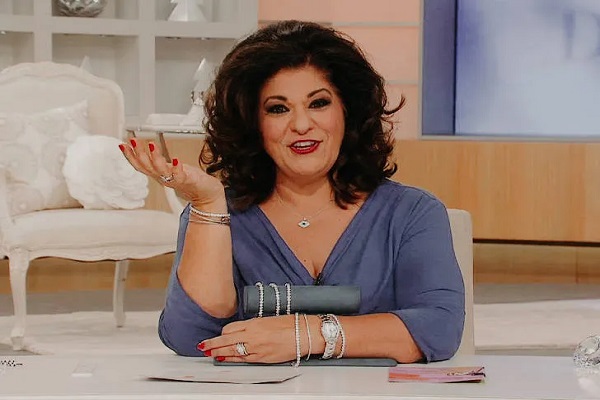 Antonella Nester, a television host, had been a fan favorite for the past 18 years. She was employed at QVC, however on July 16, 2020, she and three of her coworkers parted ways with the television network.

Unfortunately, that was not the end of the terrible news for Nester in 2020. She was diagnosed with a tumor in her left arm in November 2020, followed by leukemia, breast cancer, and Cushing’s disease worries in the months ahead. She used Facebook and YouTube to communicate her disease experiences and updates.

Nester announced on Facebook on November 19, 2020, that she had been diagnosed with a tumor in her left hand. Despite the terrible news, the host assured her audience that she was unconcerned and that she was OK.

About December 7, 2020, Nester provided the first updates on her tumor. According to her, an MRI, ultrasounds, and X-rays were performed, and it was discovered that her tumor was of an uncommon type. The tumors were suspected to be nerve sheath tumors or a sarcoma tumor, but only after her surgery on December 21, 2020, would they be verified.

Following her operation, the former QVC anchor shared videos on Facebook and YouTube to reassure her excited and worried followers. She confirmed that the tumor was a large nerve sheath that had been excised totally from her hand.

She called her successful surgery a Christmas miracle because the tumor was dead and she wouldn’t have to operate on it again. However, it was only after a biopsy that the diagnosis was verified.

Nester posted on Facebook on January 11, 2021 that the biopsy result was negative and that the tumor had turned out to be malignant. In a YouTube video, she went into greater depth regarding lymphoma.

Nester expressed her dissatisfaction with the doctors who were treating her. She wasn’t happy with how often they changed their minds, so she went to Jefferson Cancer Institute for a second opinion. Her blood and samples were obtained there, and a PET scan was set on January 20, 2021.

Nester, unhappy at not knowing what was wrong with her, discussed the two options she had for lymphoma or leukemia treatment: the one was to take IV infusions and tablets for two years, and the second was to take medications for the rest of her life, keeping an eye out for future symptoms.

None of these were confirmed, however, because she had yet to learn what condition she had.

Unfortunately, there was more terrible news to come. A mass was discovered on her right breast during the PET scan. Her breast cancer test came back positive, but it was unrelated to the tumor on her hand.

Nester’s endocrinologist also told her that her cortisol level was abnormally high and that she might have Cushing’s disease.

Nester’s situation was slowly but steadily improving. She posted on Facebook on March 17, 2021 that no cancer was identified in the lymph nodes after the procedure.

She revealed that she didn’t have Cushing’s illness two days later in a YouTube video. Her cortisol level was elevated as a result of the stress she had experienced. Her bone marrow biopsy came up negative as well.

The bulge in the breast, on the other hand, required treatment. So Nester embarked on a three-month journey from North Carolina to Harvard Grace port. She announced to her followers on April 28, 2021 that she would have a blood and COVID test on May 17, 2021. On May 19, she would have an intravenous port implanted in her chest.

However, things did not go as anticipated, and she received the port on May 22, 2021, a few months later. The following day, she posted a video to her Instagram account updating her followers on the port, saying, “It wasn’t too awful.”

Nester announced in another video that she had received her first dosage of chemotherapy on May 29, 2021. She revealed that the therapy lasted about 4-5 hours and that she was given an injection to enhance her white blood count.

Nester uploaded her second chemo treatment update to YouTube on June 18, 2021. She begins the video by admitting to the viewers that days one, two, and three after chemo are comparatively easy, but days four through seven are challenging to say the least.

The therapy had the negative effect of making her dehydrated and nauseous after three or four days. She, on the other hand, is a trooper, putting one foot in front of the other.

She provided an update on her third round of chemotherapy on July 12, 2021. She expressed concern about the painkillers she was ordered to take, but supporters in the comments section quickly pointed out that medications can be lifesavers during post-chemo recovery.

Her cheerful attitude and upbeat spirit in the face of adversity are extremely inspiring.

Nester’s husband Chris had to be transported to the hospital after suffering a heart attack, which was perhaps the biggest surprise. Nester recounts in the film how Chris had to be taken from the ambulance to the operating room because he had a 95 percent blockage.

Thankfully, he was not in danger and was able to resume his normal life.

She also uploaded her fourth and final chemotherapy session on July 31, 2021.

Nester has maintained a good attitude throughout her quest. In all of her videos, she smiles and jokes as she thanks her viewers, whom she considers friends, for their prayers and support.

She claims that her friends’ frequent checking in on her, giving her advice, sending her good messages, and even setting up a GoFundMe for her have all been really beneficial to her.

Despite all of the hardships she has faced and continues to face on a daily basis, Nester stated that she does not like to cry in her videos. Her family has not been blessed with happiness, from losing her and her husband’s jobs to living on a boat and battling disease and money.

Despite the upheaval, the former QVC host believes she has an unquenchable joy inside her and that the only tears she would drop are joyful tears.