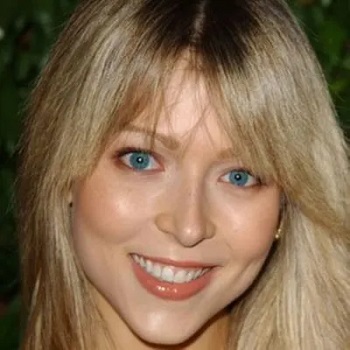 Ashley Peldon is an American actress who is best known for portraying Marah Lewis in the NBC and CBS soap opera Guiding Light. She is married to Steve Hurdle and has a daughter with him.

Montpelier, Vermont is where he was born.

Ashley Peldon was born to Jeffrey Peldon and Wendy Peldon on April 2, 1984, in Montpelier, Vermont, United States of America.

Her mother was a college professor and her father was an attorney. She grew up with her sister Courtney Peldon, with whom she began her acting career as a child actress.
Ashley is of Caucasian ancestry and of American nationality. She stands at 5 feet 3 inches tall (1.6 m).

She majored in child psychology after starring in the CBS TV show Child of Rage as a sexually abused child at the age of seven.

Nominated for a Daytime Emmy Award for her role on Guiding Light.

Ashley Peldon made her acting debut at the age of four in 1988 on the CBS and NBC daytime soap opera Guiding Light, when she played Marah Lewis, the daughter of Josh and Reva Lewis.

She was nominated for a Daytime Emmy Award for her role on the show in its third season. Since then, she has appeared in a number of films, including The Lemon Sisters, Drop Dead Fred, Ghost World, and The Crucible.

Her other television programs include the ABC sitcom Home Improvement, the NBC comedy The Mommies, and the MTV comedy Connected. She had recurring parts on The Pretender and That 70s Show, among other shows. Peldon is also a director in addition to being an actor. She directed a play for TV Takes the Stage in February 2008, starring Melissa Sagemiller and Bonnie Somerville.

What is Ashley Peldon’s net worth?

Ashley Peldon has amassed a sizable fortune in the entertainment industry as a prominent film and television actor. According to some online records, she has a net worth of $1 million.

The Guiding Light star’s exact compensation is unknown, but according to the Live About website, soap performers in the United States earn between $2,000 and $5,000 every episode of a series.

She is the mother of a daughter and is married to Steve Hurdle.

Moving on to Ashley Peldon’s personal life, she is a married woman. The 35-year-old actress has been married to Steve Hurdle since May 2010, when they wedded in a small ceremony. She and her husband have one child together, a gorgeous daughter. Ashley and Steve have been married for over nine years and there are no reports of a divorce.