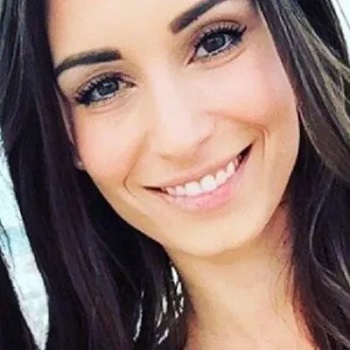 Astrid Loch is most known for her appearance on the 21st season of ABC’s reality show The Bachelor, in which she competed for Nick Viall’s heart. She is currently employed by Soler Aesthetic Plastic Surgery as an office manager and patient care coordinator. After a sweet proposal from her Bachelor In Paradise co-star Kevin Wendt, she recently became engaged.

Astrid Loch was born in East Germany on February 23, 1990, to parents Anton Loch and Marina Mogul. Her father is German, and her mother is Romanian. When she was a child, her parents divorced. Mark Mogul, her stepfather, is a pediatric hematologist-oncologist at St. Joseph’s Children’s Hospital in Tampa, Florida. Her stepfather was having trouble paying child support and alimony from his first marriage. Astrid is of white ancestry and of American nationality. She graduated from the University of North Carolina with a bachelor’s degree in communications. While in college, she also studied Women’s Studies and Gender Studies.

Astrid Loch works for Soler Aesthetic Cosmetic Surgery in Tampa, Florida, primarily as a plastic surgery office manager. In January 2017, she began the 21st season of ABC’s hit reality shows The Bachelor. Along with Rachel Lindsay, Raven Gates, Vanessa Grimaldi, Taylor Nolan, Alexis Waters, Corinne Olympios, Jasmine Goode, and Danielle Maltby, she competed on that season to win Nick Viall’s love and passion. In the fourth week, Astrid was eliminated. Vanessa was the show’s winner, while Raven and Rachel were the first and second runners-up, respectively.

In August 2018, Astrid competed in season five of Bachelor In Paradise, another ABC reality show. On the show, she was paired with Kevin Wendt, a former sailor, and firefighter. During week six, the two called it quits, but after leaving the BIP program, they mended their relationship. Since then, the couple has been in a romantic relationship.

Astrid Loch, 29, announced her engagement to Kevin Wendt, her Bachelor In Paradise co-star, on Instagram on Tuesday, September 3. On the 28th of August, he proposed to her. “A moment I’ll never forget,” Loch wrote alongside a series of images from the beautiful proposal. Kevin, for one, posted numerous photographs from the proposal with the message, “Verified You’ll Never Walk Alone Again.”

Relationships and Dating History in the Past

Loch, who competed for Nick Viall’s heart on The Bachelor season 21, has never been married. Kevin, on the other hand, was previously engaged to Jasmine Lorimer, with whom he was on The Bachelorette Canada in 2016.

After only five months of dating, the former couple called it quits. He was previously married to Ashley Iaconetti, his co-star on The Bachelor Winter Games. In February 2018, they appeared on the show together.

As a successful Bachelor Nation contestant, Astrid Loch has amassed a sizable fortune from her television career. Loch, like many other Bachelor contestants, has a net worth of $500 thousand dollars as of 2019. The 29-year-old TV star’s precise income is unclear. Reality Steve, the legendary “The Bachelor” spoiler, has told the press that a Bachelor Nation cast member can earn up to $100,000 per season. According to reports, the winning prize for a season of The Bachelor is $250,000.