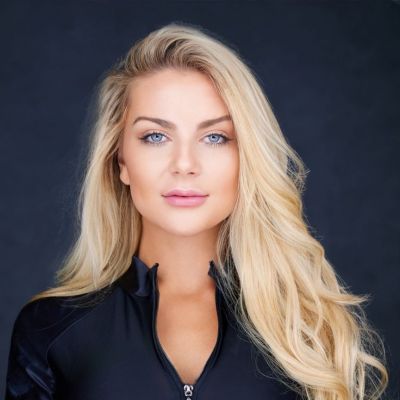 She also has 165,000 TikTok followers and 309k Instagram followers as @iamathenavas.

Athena Vas is a captivating social media celebrity and an aspiring actress from the United States. She is best known for her short dramas Mail Order Bride (2020), Daddy’s Estate (2020), Cinderella’s Ball (2021), and A New Hero (2022).

Athena Vas was born in the United States on October 16, 1996. She is from a Greek-American family. She completed her education in her hometown of New York City. She later got an MFA (Master of Fine Arts) degree from Saint Joseph’s College.

Athena began her career as an actor in the Hollywood industry. She discovered her true interest for television and film as a child. In Los Angeles, she has signed with Step Forward Entertainment as my manager. Athena is also represented by a few theatrical agencies, including Stephanie Talent and Entertainment and Hanns Wolters International Agency. She also works as a model for MWA Made Worldwide Agency.

She chose to become an influencer and use her spare time to aid people when the pandemic struck. She is well-known as a social media influencer for her modeling videos and images on Instagram. In one of her movies, she demonstrated the Greek Pride (Greek Independence Day) celebration on March 25th. She received 2 million views on a video in which she performed the traditional Greek dance “Zebekiko” on top of a cliff overlooking the Aegean Sea.

In 2019, Athena began her career as a director. She directed “Mail Order Bride (2020),” a short comedy drama starring Nicholas Palermo (As Harry). Later, she directed Cinderella’s Ball (2021) and cast Catherine Addison, Rew Starr, and Becci Tank in the lead roles. Throughout her career, she has hosted multiple film festivals and starred in numerous feature films in New York and Los Angeles. She has also played off-Broadway in New York City and has demonstrated dramatic skills. She also completed and received certification from a fitness program. She later developed a fitness program on social media, consisting of 25-minute home workouts with minimal cardio.