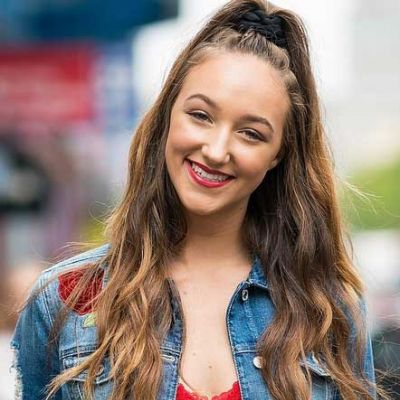 Do you know Who is Ava Cota?

Ava Michelle Cota, a dancer, and television personality was born on April 10, 2002, in Michigan, the United States. She is best known for appearing in the third season of the television program “Dance Moms.” Later, she entered the dance competition “So You Think You Can Dance” on television.

According to sources, as of mid-2019, she is estimated to have a net worth of over $100,000 from a successful dance career. She has performed in many different dance ensembles and has taken part in prestigious dance contests. It is anticipated that as she pursues her goals, her fortune will grow as well.

Ava was introduced to the world of dance when she was just two years old. She then began to develop an interest in the discipline by beginning her training and imitating her mother, a former Broadway dancer who now runs a successful business. She relocated to her mother’s Broadway Dance Academy facility in Fenton, Michigan after a year of training.

Ava Cota began to compete in national dance contests over the following few years and won numerous titles. She auditioned for the show and was chosen to return for the fourth season, but she never really gained any popular recognition until she featured in the third season of “Dance Moms.” Children’s training and early careers in the dance profession are followed in the series. They receive instruction from Abby Lee Miller, and the program is well-known for its frequent drama involving the dancers’ mothers. It has at least eight seasons and is mostly shot at the Abby Lee Dance Company (ALDC) studios.

Cota joined the Junior Select Ensemble’s ALDC team, which later evolved into the Junior Elite Competition Team. She was supposed to battle veteran team member Kendall K. Vertes, but she lost and was dismissed from the group. She returned for an appearance on the fifth season of the show, competing with the Candy Apple’s Dance Center, after deciding to compete with her mother’s studio.

The owner of the dance studio is Cathy Nesbitt-Stein, a well-known foe of Abby Lee. Since all of the former dancers from the Junior Select Ensemble now dance for different companies, she participated with a team of five that won the National Overall Group Competition, dealing ALDC their first loss at Nationals in the group overall category. Later, she went back to work for her mother’s company and participated in the Miss Pre Teen Galaxy International 2014 pageant, where she won. She subsequently put even more emphasis on her dance, training 30 hours a week at her mother’s studio in addition to taking independent ballet classes.

Ava debuted on the Fox network’s flagship series of the “So You Think You Can Dance” franchise in 2016, “American Idol” creators’ reality competition program that features dance competitions. Early on in its run, the Cat Deely-hosted program, which featured dancers trained in a range of genres competing in open auditions conducted in significant US cities, was one of the most popular television programs. They then go to successive further rounds, which test their flexibility to various styles.

The few selected dancers will then move on to the competition’s main round when they will present a variety of solo, duet, or group dances on live television. They perform a variety of dance styles, including hip-hop, classical, ballroom, modern, and many more. They compete for the audience’s votes until a winner is declared. The program has achieved great success, garnering nine Emmy Awards. Despite not succeeding in the competition, she was able to attract a lot of attention. She has since been employed as a member of the Mob Squad, a crew of youthful hip-hop dancers connected to the Detroit Pistons of the National Basketball Association (NBA).

Little is known about Cota’s romantic connections in her personal life. She hasn’t spoken about that element of her life or appeared with somebody who may be considered a partner in public. According to several accounts, she is still young at 17 and probably more concerned with advancing her job than finding a boyfriend.

While she adores dancing, she has stated in interviews that she hopes to go on Broadway or become an actor when she is older. She was largely focused on dance for her mother’s studio, but in 2017, the family decided to move to California, which led to the permanent closure of the school. Ava Cota now has many more chances as a result of the transfer, making it a wise decision for her. She is very active on social media, showing off some of her recent attempts, just like many dancers. She has a YouTube channel where she has posted several cover songs, showcasing her passion for music. Additionally, she maintains a sizable number of personal images on her almost 400,000-follower Instagram account.