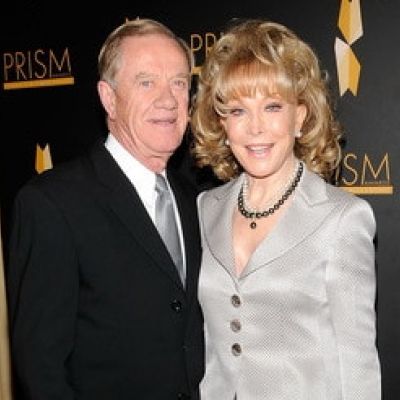 Do you know Who is Barbara Eden?

Barbara Jean Morehead was born on August 23, 1931, in Tucson, Arizona, USA, and is best known as the star of the sitcom “I Dream of Jeannie,” in which she plays the titular character.

Barbara’s mother remarried to a telephone lineman after her parents separated when she was still a little child, and she later relocated to San Francisco with her mother. As a result, Barbara grew up with a younger half-sister in a family that was severely impacted by the Great Depression. Her mother began teaching her to sing during this time, and when she was in her adolescent years, she performed in local bands to help the family’s finances. Actor’s Equity accepted her as a member when she was 16 years old.

Barbara Eden enrolled at the City College of San Francisco for a year of theatre classes after graduating from Abraham Lincoln High School in 1949. She also studied acting at the Elizabeth Holloway School of Theatre and singing at the San Francisco Conservatory of Music. She was chosen Miss San Francisco while attending City College, and she later competed in the Miss California competition. In 1956, she would appear in her first television role when she started appearing sometimes on “The Johnny Carson Show”.

Eden began to receive more projects, including “The West Point Story,” “I Love Lucy,” “The Andy Griffith Show,” “Perry Mason,” and “The Tonight Show Starring Johnny Carson.” Barbara Eden later appeared in the television series “How to Marry a Millionaire,” which is based on the film of the same name, and after appearing in a play with James Drury, she piqued the interest of filmmakers, who cast her in “From The Terrace.” She was later signed to a contract by 20th Century Fox, which led to minor roles in “Will Success Spoil Rock Hunter?” and “The Wayward Girl,” before starring in “A Private’s Affair” alongside Barry Coe and Gary Crosby. She co-starred in “Flaming Star” with Elvis Presley in 1960.

Barbara Eden had a supporting role in “Voyage to the Bottom of the Sea”. The following year before starring in “The Wonderful World of the Brothers Grimm.” Two years later, she joined the cast of “Five Weeks in a Balloon,”. Before landing the lead role in the comedy “Swingin’ Along.” Her final film with 20th Century Fox was “The Yellow Canary,”.

Sources estimate net worth of more than $10 million as of late 2018.

It is known that Eden has been married three times. Her first marriage lasted from 1958 until 1974 to actor Michael Ansara. She married Charles Fegeret three years later; however, the couple split up in 1982. Jon Eicholtz has been her third husband since 1991. In 2011, Eden published a memoir titled “Jeannie Out of the Bottle”. She even discusses the passing of her one and only kid. She was awarded a star on the Hollywood Walk of Fame for her work in television.