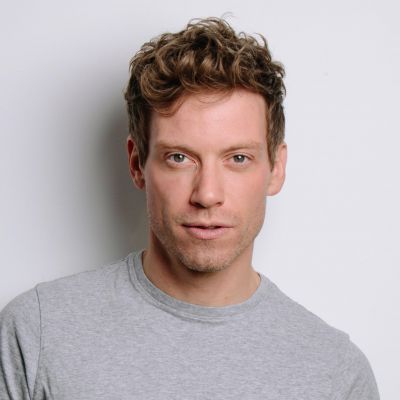 Do you know Who is Barrett Foa?

Barrett Foa was born on September 18, 1977, in New York City, USA, under the zodiac sign of Virgo, and holds American nationality. He is best known for his role as Eric Beale in the television series “NCIS: Los Angeles.”

Barrett grew up in Manhattan, one of New York City’s most popular neighborhoods; he hasn’t shared any information about his parents, Linda and Conrad, with the public because he values their privacy as much as his own. His fans believe he is an only child because he hasn’t mentioned any siblings. Barrett grew up loving puzzles, and because he could solve puzzles faster than other kids his age, he was invited to the popular and prestigious Dalton School in Manhattan.

He fell in love with acting while in high school and went on to spend several months each year at the Interlochen Arts Camp honing his craft. Barrett enrolled at the University of Michigan after matriculation and graduated with a Bachelor of Fine Arts degree in theatre. He was drawn to London’s theatre scene and spent time there studying and honing his acting skills – he has also been a member of several theater acting groups and has performed in some of London’s most popular venues, including but not limited to the New London Barn Playhouse.

Although Barrett is not a believer, he did not want to pass up the role of Jesus in the “Godspell” theatre play, which helped him rise to prominence – he won the role soon after graduating from college, and was invited to appear in numerous other plays because of his great acting skills. He then went on hiatus for a short time as he began working for Theatre Works – during his brief time there, he created a unique role for the “Kept” musical film. Barrett returned to acting after that, landing several new roles, including Mordred in the popular “Camelot” play – his next role was in the “Cupid and Psyche” stage play, for which he was later praised.

Barrett rose to prominence after appearing in the “Avenue Q” musical comedy – because the show revolved primarily around puppets, Barrett decided to practice specifically for this role, which led to him winning the main role in the show on 1 February 2005. He was in the cast for almost two years, but for about a year he was also in “Avenue Q” and “The 25th Annual Putnam County Spelling Bee” as Leaf Coneybear. He went on to win roles in several other stage plays, but as people watch more TV series, Barrett is best known for his role as Eric Beale in “NCIS: Los Angeles,” which he won in 2009 – he has been a member of the main cast since then, and is still filming for the show.

He was one of the most private people in the film industry, never speaking about any girls he may have dated until February 2019, when he decided to come out of the closet and admit to being gay. Many people assumed He was dating popular female actress Renee Felice Smith in 2013 because both of them were starring in the TV series “NCIS: Los Angeles” and frequently shared pictures of themselves on their social media accounts.

Some even went so far as to claim that the two exchanged wedding vows – although neither Barrett nor Renee has commented on these rumors, it is widely assumed that the two were only friends, as Renee has been dating her longtime boyfriend Christopher Gabriel for years. Barrett, probably tired of hiding his sexual orientation from everyone, decided to share the fact that he was gay with his fans in February 2019 – most fans were not surprised because they had already suspected this, but Barrett did lose some of his fanbases as a result of this confession (but he has also attracted new fans). Barrett appears to be single, hasn’t married, and has no children, as he hasn’t mentioned being in a relationship.

Barrett is currently preoccupied with his acting career, but he also enjoys a variety of other activities in his spare time. Barrett works out in the gym several times per week, but not because he enjoys it; he works out for the roles he plays, and sometimes drastically changes his appearance and loses weight for another role. He has admitted that it is difficult, but he is also enjoying the challenge. Barrett adores animals and has a pet dog whose name is unknown; he frequently posts pictures of his dog on his Instagram account.

He enjoys traveling and has been all over Europe, as well as around the UK while still in college – he hopes to one day have a tour around the entire world, and has compared it to the movie “Around the World in Eighty Days.”

He is 41 years old right now. His height and weight are unknown, and he has short brown hair, brown eyes, and glasses. Barrett’s current net worth is estimated to be more than $2 million, and it is still steadily increasing, owing primarily to his role in the television series “NCIS: Los Angeles.”

He is very active on several popular social media networks and appears to be enjoying the attention he is receiving.