Because of the chef’s career, Aaron Sanchez and his ex-wife Ife Mora have divorced

In 2018, Aaron Sanchez was said to have a girlfriend! 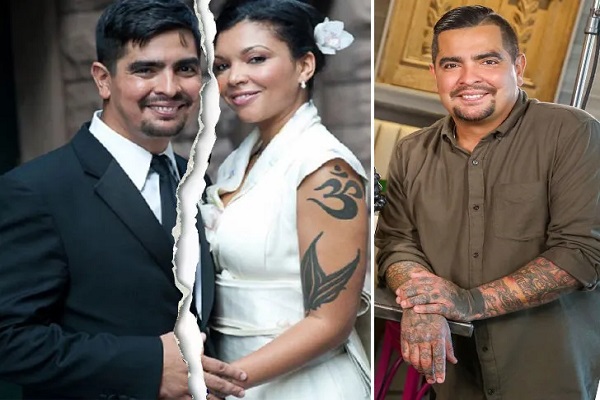 There are times when a person’s personal life is disrupted while focusing on their profession. Aarón Sánchez, a multi-award-winning Mexican-American chef, experienced the same thing.

While pursuing his career and establishing a successful professional life, the chef experienced a severe setback in his personal life, and had to divorce his singer ex-wife Ife Mora.

For Three Years, Sánchez and Mora Were Married

The 45-year-old chef and his ex-wife initially met at a dinner gathering hosted by mutual acquaintances. They eventually discovered that they shared a building just four doors down.

A friendship blossomed, and the two grew enthralled by one other’s abilities. They began dating soon after and eventually decided to marry.

In 2009, Sánchez and Mora exchanged wedding vows. During their momentous day, he invited his other chef buddies and requested them to bring their hand-made delectable delicacies.

On February 1, 2011, the couple moved out of their old apartment and into a 1,300-square-foot four-story rental property in Greenpoint. The ex-couple, as well as Mora’s daughter Sofia from a previous marriage, lived there.

Yuma, the singer’s lovely kid, was born less than a month later. Following the birth of their son, the couple began posting images of their child on social media.

Their marriage, however, did not last long, and the couple divorced in 2012.

His Career had a negative impact on his marriage

On September 14, 2018, the chef revealed that his work was one of the reasons for their breakup in an interview with ET Online. He said that he didn’t receive enough time with his family, which led to the breakdown of his marriage.

“It’s extremely difficult. My career has cost me my marriage, it’s cost me spending time with my family. It’s been a hard road, it’s not easy.”

Sánchez, on the other hand, appears content with his life and the time he spends with his son, Yuma. He also frequently posts photos of his son on social media.

The author of Where I Come From: Life Lessons from a Latino Chef is currently very quiet about his personal life. He appears to be focused on his career and taking advantage of the time he has with his son.

In March 2018, he did, however, reveal his partner while discussing a day in his life to Food & Wine magazine. “I wake up at my temporary abode in Los Angeles with my girlfriend and her small Yorkie dog,” he explained.

It’s unknown whether or not he’s still dating her.

His ex-wife Mora, on the other hand, has made her new romance official on Instagram. Since early 2017, she has apparently been dating Dr. Terence Keel.

Aside from his unwavering passion for cooking and his son, Sánchez also enjoys tattoos. His passion for tattoos is evident on his chest, arms, and back.

His love of tattoos is evidenced by the fact that he is the proud co-owner of Daredevil Tattoo, a New York-based tattoo studio.

Related Posts of Because of the chef’s career, Aaron Sanchez and his ex-wife Ife Mora have divorced