Before coming out as gay, Chris Appleton had two children with his former partner.

Unlike many people, Chris Appleton found his sexuality much later in life, after having two children, at the age of 26. 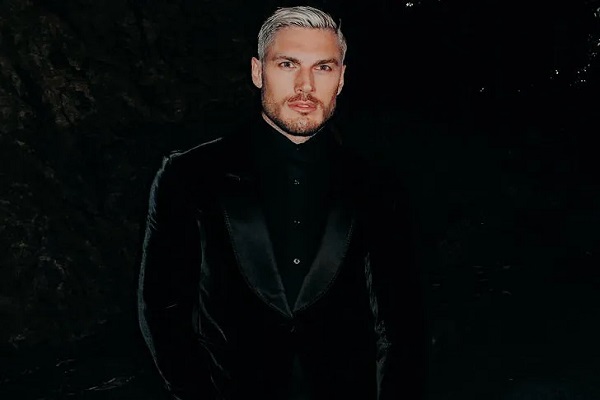 Chris Appleton, the man behind Kim Kardashian West’s 2018 neon hair, has been working with hair since he was 13 years old. His mother was his first muse, and she was the driving force behind his professional choice.

Unlike many people who are aware of their sexuality right immediately, the celebrity hairstylist came to terms with his sexuality later in life. After having two children with his then-partner, Katie Katon, Appleton came out as gay at the age of 26.

Is Chris Appleton a homosexual?

Appleton began his career as a hairstylist in a salon in Leicester while he was in his early teens, having found peace in the industry. He worked at the salon for about a decade, and during that time, he fell in love with the owner, Katie Katon, whom he eventually married.

Chris Appleton and his wife had two children: Billy, a son, and Kitty-Blu, a daughter.

Appelton discovered he was gay in 2009, after becoming a father. When the hairstylist embraced his sexuality and chose to come out publicly, he was 26 years old.

His wife Katon said in an interview with The New York Times that the months leading up to Appleton’s coming out was “sad” for both of them.

Even after all these years, Appleton and his wife discussed styling ideas and stayed in touch on a regular basis, keeping each other up to date on their business and children. Katon also admitted to becoming his friend and assisting him in calming down when he was nervous about his upcoming performances.

‘Some people just know, but I didn’t.’

As his client Kim Kardashian West addressed Appleton during an interview for Gay Times, the “talented hair transformationist” gave insights about his decision to come out later in life and how it felt.

Halfway into the interview, the beauty mogul inquired as to why Appelton had arrived so late. The hairstylist modestly stated that, unlike many others, he had no idea he was gay until later.

Appleton explained that his choice to come out was delayed because it took him some time to grasp and accept that he was gay, even when he realized he was gay late in life.

“Some people know straight away, I didn’t and it took me a minute to understand that and accept that and then come out. “

Outside of his own issues, Appleton expressed concern for his children in the same interview. Appleton told the outlet that it was critical for him that his children were at ease with and understood his activities. As a result, he proceeded with caution.

Appelton’s assessment was correct, based on the closeness he and his children share today. Appleton came to Instagram on December 26, 2020, to share a sweet photo of him celebrating the Christmas holidays with his children.

Related Posts of Before coming out as gay, Chris Appleton had two children with his former partner.