Madison LeCroy, who was already a fitness fanatic, began the year with a 30-day clean-eating challenge. 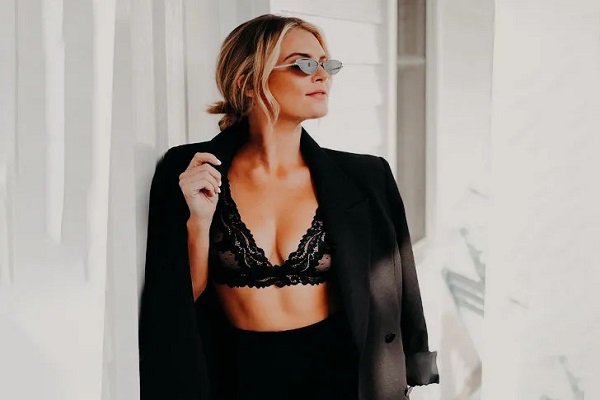 Madison LeCroy is reality television’s resident fitness freak, admitting to being fascinated with fitness on many occasions.

Most recently, the Southern Charm star made headlines after announcing that she would begin a 30-day clean-eating plan in 2021, though not necessarily for weight loss.

According to her Instagram, she followed a month-long diet consisting of vegetables, proteins, and healthy fats while abstaining from dairy, alcohol, and artificial sugar.

On a positive note, the new year is off to a great start

LeCroy began promoting Whole30 on Instagram on New Year’s Day, when she posted a mirror selfie from the gym.

“The first day. There is no alcohol, carbohydrates, or sweets on this diet. There are just 29 days left “The highlight was captioned by her.

Her fridge was emptied the next snap, as she was “beginning from scratch.”

The fridge was then stocked with healthful things such as eggs, greens, veggies, and fruits, which allowed her stick to her natural carb and sugar intake while avoiding the artificial.

She also demonstrated what she ate for lunch and dinner on a regular basis. That particular dinner had tuna on a bed of lettuce as a protein source, as well as lemon chicken with broccoli.

Madison LeCroy has been chastised for her weight-loss methods

Despite the fact that her diet shift was intended to lead to a healthier lifestyle, netizens were not pleased with her decision. LeCroy later said that she has been receiving a lot of harsh remarks on her Instagram account as a result of her decision.

She went on to say that she wasn’t giving up all carbohydrates and sugars. Instead, she changed her diet to avoid foods high in processed sugars and carbohydrates, such as milkshakes, slice bread, and even sandwiches.

Not only that, but she was also chastised for drinking from a plastic bottle.

She later published photos of her nutritious meals and mentioned that she went to bed early to avoid desires for anything junk later in the same process.

It Wasn’t an Easy Diet

Dieting, the reality star later revealed to Bravo Insider, was not as simple as her social media posts made it appear.

“It’s definitely been a struggle. I go back and forth. I’m good for a week and bad for a week.”

She was still able to stick to her eating regimen on a regular basis. She made it a habit to drink juice first thing in the morning. She routinely used celery juice for her skin, despite the fact that there was no hard and fast rule.

Aside from that, she didn’t have much of a schedule when it came to what she ate. She admits to eating whatever she could get her hands on while remaining conscious of what she was eating.

The diet, of course, was only part of the story. Her workouts were also taken extremely seriously by the reality star.

According to Bravo, LeCroy worked out at least four times a week, and the workouts were borderline therapeutic for the reality star.

She also took part in group sessions on a regular basis since her competitive drive pushed her to go above and beyond what she could do on her own.