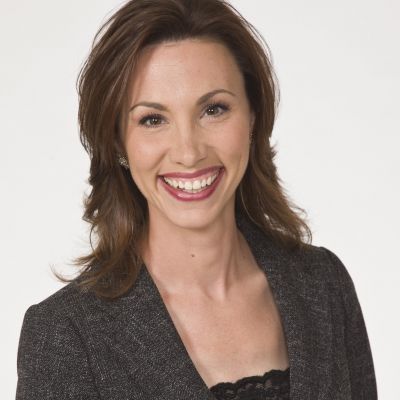 Do you know Who is Betsy Kling?

Betsy was born in Copley, North Ohio, USA, but her exact birth date is unknown to the public; she is best known as the Chief Meteorologist on Channel 3 News.

Betsy grew up in the same city where she was born, with her parents and two siblings, Toni Hadad and Fran DiBlasi, whose mother worked as a seamstress and created all of Betsy’s clothes. She stated that as a result, she grew more aware of clothing and learned how to save money on clothing.

Betsy graduated from Copley High School and attended Bowling Green State University, where she earned a bachelor’s degree in journalism and a minor in meteorology. She continued her meteorology-related studies at Mississippi State University, claiming that she was initially uninterested in meteorology but began studying it since her dormmates assured her it was simple. She enrolled in the classes, but they proved to be difficult; yet, Betsy enjoyed and was fascinated by them, and she eventually graduated.

Betsy married the love of her life, Paul Thomas, and they have two daughters, Josie, born in 2008, and Violette, born in March 2015 – Paul used to be a reporter for WKYC station. The couple met when they were quite young, but it took them a long time to start dating.

They married on August 21, 1999, in a very intimate ceremony – she mentioned in one of her tweets that it was raining with thunder at the time they exchanged vows. They are currently living in Copley, Ohio, about 12 miles from Betsy’s parents.

According to credible sources, Betsy’s current net worth is estimated to be more than $2 million, whereas meteorologists are said to earn an average monthly salary of roughly $65,000.

Betsy spent the majority of her time working away from her hometown, in Fort Wayne, Indiana, and Jacksonville, Florida, from the day she graduated until 2003. Betsy had her first tornado warning while in Fort Wayne; she was taking a shower when she heard the wind, and when she got ready and rushed into her car to drive to the station, she heard on the radio that the tornado was on its approach to her county.

They put a microphone on her as soon as she stepped into the station, and she went live right away, even though her hair was wet and she was wearing a damp T-shirt. She feels she was terrible and had no idea what to say; she also believes she was lucky to have the job after that, and she swore she would never be that unprepared again.

She returned to Ohio in 2003 and made history as the first Cleveland female Chief Meteorologist while working for WKYC in 2008. In 2018, Betsy’s current employer, WKYC, assisted her in launching an effort to promote girls and women to pursue STEM, or four subjects of study: Science, Technology, Engineering, and Math. The initiative is named “Growing Curiosity: Girls in STEM,” and it has quickly gained popularity.

Betsy enjoys being outside and spending time with her spouse; the two of them frequently go fishing or play tennis. Betsy enjoys taking her children on small trips during the rain; she believes that her favorite thing to do during the rain is to go outside.

She frequently drives them to the National Park, where they can witness animals enjoying the rain – they also enjoy visiting the Akron Zoo since it is the right size for her family, and Violette, her smallest child, can walk throughout the entire Zoo.

Betsy’s favorite season is fall, thanks to her daughter Violette, who was perplexed by all the leaves on the ground and quickly fell in love with the sound they create when you trample on them.

Betsy and her family were featured on the cover of the “Balanced Family” winter issue in 2015 – Betsy talked about her success in balancing her family life with the high demands of forecasting the very unpredictable weather in northeast Ohio.

Betsy is a generous donor.

Aside from speaking at schools, Betsy is a philanthropist who frequently uses her free time to educate children about the weather at various school events, as well as to help the Harvest for Hunger movement, which collects money to buy food for the city’s underprivileged people – she’s also involved with organizations such as the American Red Cross and the Leukemia Lymphoma Society.

Betsy also formed the National Weather Association Foundation, and she organizes a fundraising event each year to support NWA college scholarships for the brightest young meteorologists. Betsy was appointed as an NWA Councilor in 2004, and she got the National Weather Association Member of the Year award in 2005. In 2015, she received a Special Achievement Award for her accomplishment in fundraising activities throughout the years.

Betsy’s present age is unknown because she has not revealed her precise birth date to the public, however, she is reported to be in her 40s. She has long brown hair and brown eyes, stands 5ft 10in (1.78m) tall, and weighs approximately 143lb (65kg).

Betsy has received numerous accolades during her meteorological career, including two Emmy Awards in the Crafts category in 2003 and 2009 for her coverage of the shuttle Columbia catastrophe. She got first prize for Best Regularly Scheduled Weather from The Ohio Associated Press in 2007; she was nominated for six Emmy Awards between 2005 and 2012, but only won one in the News category in 2012.

Betsy was voted one of the most interesting people in Cleveland by “Cleveland Magazine” in 2010, and she was also selected “Best of Cleveland” meteorologist in 2015, 2016, 2017, and 2018. In November 2015, she received The Press Club of Cleveland’s Chuck Heaton Accolade, the most distinguished award in Northeast Ohio media. Betsy was the eighth individual to receive this award since Chuck Heaton died in February 2008; Chuck was a Plain Dealer writer and a member of the Press Club’s Hall of Fame who was noted for his dedication to journalism, fairness, and willingness to help others.

Betsy is active on various social media sites; she started a Twitter account in December 2011 and has about 35,000 followers and has tweeted nearly 50,500 times. Her Instagram account has about 20,000 followers, and she has posted approximately 2,400 photos; she also has a Facebook page, which has over 8,000 fans.