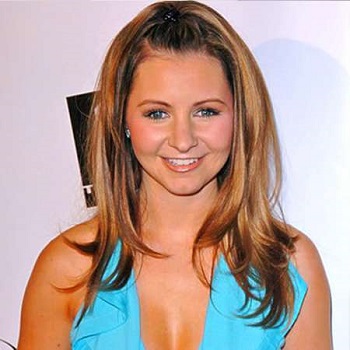 Beverley Mitchell is best known for her role as Lucy in the 1990s drama series 7th Heaven. She is a singer and actress who has performed in a number of films and television shows. At the age of ten, the Young Artist Award-winning actress began acting. Before starring in the family drama 7th Heaven, she had a number of lesser roles.
Mitchell is mostly seen in TV movies and drama series. She starred in the TV series The Secret Life of the American Teenager from 2011 to 2013. She has been a part of the TV show Hollywood Darlings since 2017.
Mitchell has been married to Michael Cameron, her undergraduate love, since 2008. The couple is parents to two children.

Beverly Mitchell was born on January 22, 1981, in California, United States of America. She is a singer and actress who specializes in country music. She was born to Sharon Mitchell, an office manager, and David Mitchell, an auto racing promoter.

Her parents have since divorced and remarried, and she has a half-brother from her father’s second marriage, Giuseppe Tomasino.

She graduated from Chaminade College Preparatory School in 1999 and went on to Loyola Marymount University to receive a bachelor’s degree in film production.

Beverley Mitchell began acting in the early 1990s. She appeared in a number of television shows, including Children of the Bride, Baby of the Bride, and Sinatra. She made a guest appearance in the renowned television series Melrose Place in 1994.

In the film The Crow: City of Angels, she had a breakthrough role (1996). That same year, she landed the role of Lucy in the new family drama 7th Heaven.

She was originally cast in the role of Mary, but because she didn’t fit, the producer offered her the part of Lucy. Jessica Biel’s character Mary Camden’s younger sister was played by her. The show was extremely popular, and it ran for 11 seasons.

She had a tiny role on The Amanda Show in 2000. Mitchell was featured in the 2003 film Right on Track.

In 2005, she appeared in the horror sequel to Saw, Saw 2. In 2007, she starred in the television film I Know What I Saw. Mitchell joined the cast of The Secret Life of the American Teenager in 2010.

She continued to appear in the series for the next three years. She starred in the TV movie Get Out Alive in 2012. She went on to star in two television movies, A Gift Wrapped Christmas (2015) and Deadly Dance Mom (2016). (2016). She joined the cast of the sitcom Hollywood Darlings in March 2016, alongside Jodie Sweetin and Christine Lakin. Since 2017, the series has aired on Pop.

Beverley Mitchell is a singer who specializes in country music. Beverley Mitchell, her debut album, was released in 2007 with the help of record producer D. Scott Miller. Her album debuted at #30 on the US Country chart and #8 on the US Heat Chart in the United States. Eight of the album’s songs were co-written by her, including the breakthrough ballad Angel.

Beverley Mitchell’s net worth is estimated to be in the millions of dollars.

As of July 2018, Beverley Mitchell’s net worth was $2.5 million. Her acting job provides her with a substantial income. A source claims that a Hollywood TV star makes between $150K and $1 million every episode. As a result, she likewise earns in the above range.

In Hidden Hills, California, she resides in a mansion. She, her spouse, and their children live there.

Beverley Mitchell is a married woman with two children. Since 2008, she has been married to her longtime beau Michael Cameron.

She met Michael Cameron in college in the year 2000. The couple afterward dated for five years. In 2005, they purchased land in Colorado.

Mitchell married her accountant boyfriend Michael Cameron three years after they became engaged in 2005. The couple had planned to marry in 2007 but were forced to postpone due to the release of her debut album. On October 1, 2008, they married at Ravello, Italy, on the Amalfi Coast. Jessica Biel and Mackenzie Rosman, two of her previous co-stars, were bridesmaids.

In 2013, she and her husband Cameron brought their first child, Kenzie Cameron, into the world. The couple revealed they were expecting their second child in September 2014. In January 2015, she gave birth to a son named Hutton after a four-month wait.

During their vacation and holidays, the four-person family travels to different regions of the world. Her Instagram feed is full of anecdotes about her travels, children, and spouse.

She stands at a height of 5 feet 2 inches.
She is 110 pounds in weight.
Her body measurements are 36-26-36 inches in length, width, and height.
Beverley Mitchell works out on a regular basis to stay in shape.