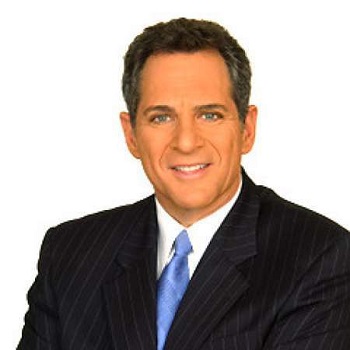 Bill Ritter, a well-known American television journalist and news anchor, was born on February 26, 1950. In February 2001, he was named co-anchor of Eyewitness News at 6 p.m. on WABC-TV New York. When not co-anchoring the 11 pm news, Ritter is a journalist for ABC News’ 20/20 program. In November 1997, Bill Ritter began working for “20/20” as a correspondent. In 1993, he became a member of the ABC News team. He has worked as both a host and a reporter for “Good Morning America/Sunday.”

When Ritter began his career in print journalism in 1972, he was just 24 years old. During his time at the San Diego County edition of the Los Angeles Times, he worked as a reporter and then as the business editorial manager of the San Diego County edition. When he exposed a $200 million extortion scheme in San Diego in 1984, he was awarded the Los Angeles Times Editorial Award for his work. Also, from 1980 to 1984, he worked as a reporter and editor for the San Diego Business Journal in California. As an ABC News correspondent, Ritter has covered a number of high-profile stories, including the homicide of 8-year-old Leiby Kletzky in Brooklyn, the mob assaults and alleged rape of young women in Manhattan’s Central Park following the Puerto Rican Day Parade and shootings

On the personal front, he is married to award-winning television producer Kathleen Friery, whom he married in 2008. Their three children’s identities have not been revealed. San Diego State University expelled Ritter in 1972 before he could accept a diploma. He decided to finish his education 40 years later, at the urging of his daughter and graduated from The New School on May 20, 2016. From 1987 to 1990, Ritter worked as a business and investigative journalist for KNSD-TV in San Diego, where he won four Emmy Awards for his criminal investigations. His investigative reporting on a local stock swindle and his “overall journalistic enterprise” was recognized in 1989. Both of these awards were given to him in 1987 for his work uncovering a welfare embarrassment at Sea World of California in San Diego. In 1987 and 1988, he was named NBC Affiliate Reporter of the Year.

At Crash, Inc., a non-benefit drug instruction and counteractive action association in San Diego from 1980 to 1990 Ritter served as an executive from 1980 to 1990, and he served on a consulting board at San Diego State University’s Business School from 1984 to 1985. Information on his financial status, such as how much money he makes, is unavailable. One of the most interesting journalists in the business has a unique way of delivering the news to his viewers.