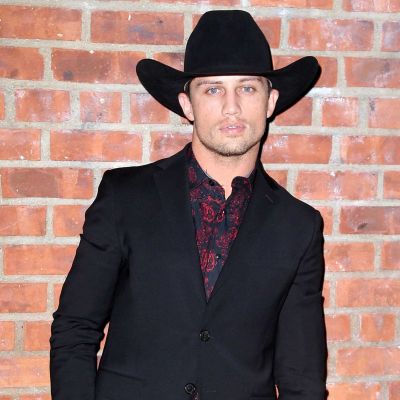 Do you know Who is Bonner Bolton?

Bonner Bolton was born on June 1, 1987, in Odessa, Texas, USA, and is a former professional bull rider as well as a fashion model. He is most known for racing in the Professional Bull Riders (PBR) Built Ford Tough Series (BFTS), the organization’s elite tour. He also worked as a stunt duplicate for Scott Eastwood in “The Longest Ride.”

Bonner grew up on a ranch in Texas, between Gardendale and Odessa. His father was a professional rodeo cowboy for 15 years, so he is a second-generation cowboy. He assisted with most ranch jobs and learned how to train horses, and when he grew interested in bull riding, his father trained him in rodeo. At the age of ten, he joined the junior rodeo, which launched him on the path to a professional bull riding career.

In terms of his personal life, little is known about any of Bolton’s romantic relationships. There have been no rumors of his having past girlfriends because he was mostly focused on his bull riding endeavors. Due to their obvious chemistry on the dance floor, he was speculated to have started a romance with dance partner Sharna Burgess during his stint on “Dancing with the Stars.” Sharna subsequently admitted that, while they liked each other, they didn’t want to jeopardize their student-teacher connection.

He was reportedly interested in dating “Fifth Harmony” singer Normani Kordei, and even asked her on a date during an interview, which she accepted, and the two were seen supporting each other on “Dancing with the Stars.” They have admitted their interest to each other, but he later stated that the date did not continue, despite reports that the two are currently dating but are keeping things discreet for the time being.

Bonner Bolton’s net worth is unknown. Sources estimate his net worth to be $500,000 as of early 2019, achieved via success in his different pursuits. Following a career-ending accident, he was allowed to become a fashion model, which has allowed him to steadily raise his income. It is projected that his wealth would increase as he advances in his career.

Aside from his competitions, he also worked on the film adaption of Nicholas Sparks’ novel “The Longest Ride,” starring Scott Eastwood and about a disabled bull rider working his way up the rankings while battling a top-ranked bull named Rango. He was one of Eastwood’s stunt doubles, along with three other riders, who all had to ride a real top-ranked bull for approximately eight seconds, the required time for filming. He remembers it as the most intense experience of his career. Only 12 bull riders qualified for a ride on Rango before the animal died

He had to stay entirely still for a month and wear a neck collar for several months to heal, and he was advised that he might never fully recover the movement in his neck, despite being told that he could return to bull riding. A sports doctor later advised him that the metal in his neck may be fatal if he was hurt again, and he was not allowed to continue playing.

Since then, he has been signed to a global modeling deal by IMG Models, has appeared for several brands, and has also competed on the 24th season of “Dancing with the Stars.”