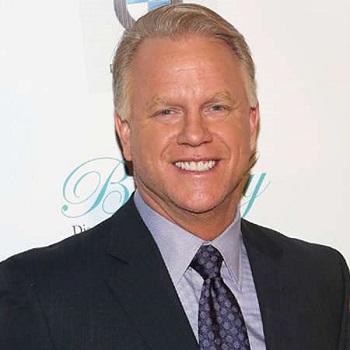 In the sporting world, Boomer Esiason is a household name. He is a former network color commentator and a retired American football quarterback. He played for the Cincinnati Bengals, the New York Jets, and the Arizona Cardinals in the National Football League (NFL) for over a decade. Following his retirement, he began working as a football analyst for ABC, HBO, and CBS Sports on The NFL Today, Westwood One for Monday Night Football and the Superbowl, and Showtimes Inside the NFL. He was also a co-host of Boomer and Carton, a morning sports radio show on WFAN.

Boomer Esiason was born in West Islip, New York City, on April 17, 1961. He grew up near East Islip and later attended Timber Point Elementary School. East Islip High School, where he graduated in 1979, was his high school. He enjoyed playing football, basketball, and baseball in high school.

Esiason earned a B.A. from the University of Maryland in 1984 and was awarded the Distinguished Alumnus Award in 1999. He had played under head coaches Jerry Claiborne and Bobby Ross at the university throughout his time there. In 1982 and 1983, he was mentioned in All American for setting 17 school records. He was taken by the Cincinnati Bengals in the second round of the 1984 NFL Draft, with the 38th overall pick, during his final year at Maryland.

Boomer Esiason was named to four Pro Bowls during his 14-year football career and holds multiple NFL career stats records. In 1988, he was named NFL Most Valuable Player, and in 1995, he was named Walter Payton Man of the Year.

In the post-merger era, Esiason was ranked as the 25th best quarterback. In 2004, he was inducted into the Nassau County Sports Hall of Fame, and in 2011, he received the Pulse of the People award. While he was still playing, he had already begun to appear as the color analyst. As a result, pursuing a profession as a sports analyst or commentator has been simple for him. In 2012, 2013, 2014, and 2015, he hosted the Super Bowl’s Greatest Commercials four times.

Boomer Esiason is a retired net worth color commentator and professional football quarterback. His net worth is believed to be at $15 million as of 2019. He received a yearly salary of roughly $99,000.

The Esiason family paid $1.5 million for the residence in 2004. The house is located in the town of Bridgehampton, New York.

Boomer Esiason is a happily married man when it comes to his personal life. On May 24, 1986, he married his wife Cheryl Hyde. Cheryl is a wonderful wife who is always willing to help. There is no rumor or gossip about the couple’s extramarital activities because they love each other deeply, are faithful to each other, and are committed to each other.

The marriage life is flourishing and going swimmingly. They have two children together: Gunnar Esiason, a son, and Sydney Esiason, a daughter. His son, Gunnar, is the youngest in the family, while his daughter, Sydney, is the oldest. Sydney is the family’s oldest child.

They’ve both grown up and are attempting to advance in their careers. The pair is happily married and lives in New York with their children. There is no indication that the couple is getting divorced or that there is a misunderstanding between them.

Boomer enjoys social gatherings. He founded the Boomer Esiason Foundation, which is dedicated to finding a cure for cystic fibrosis. Through his foundation, he has raised millions of dollars towards the disease’s treatment and research.

Height, Age, and Other Facts About Boomer Esiason

Boomer Esiason, who used to be an athlete, has a great physique. He stands at a good height and has a healthy body weight.
Boomer stands at a height of 6′ 4″. (1.93 m)
Esiason is a 57-year-old man.
American nationality
Ethnicity: He comes from a multi-ethnic family.