Brandon Boyd has been linked to Sarah Hay in recent months. 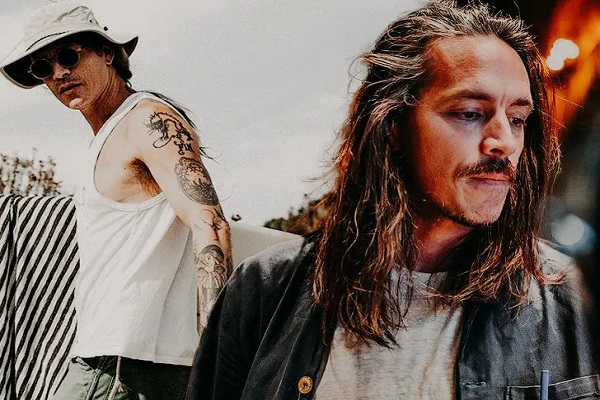 Brandon Boyd, the ever-so-mystic and charismatic actor who is frequently seen with gorgeous women, has recently been linked to Sarah Hay.

Is Hay his new girlfriend, then? Is the musician dating again after his 10-year relationship with Baelyn Elspeth ended?

The dynamic singer shared a painting titled “Sarah with red spirals” on February 14, 2020. Hay’s nude art was depicted in the artwork, with a crimson spiral created in some areas of her body.
He continued in his caption by thanking Hay for allowing him to photograph her.

However, it’s still unclear whether the two are dating or just ‘buddies’ who work together. However, based on recent Instagram photos, we believe the latter is the case.

Since breaking into the music industry, the singer has been coupled with a number of stunning models. His followers are always wondering which of his girlfriends will become his wife, but he hasn’t gone beyond the courting stage yet.
Carolyn Murphy, an Estee Lauder supermodel, and his most recent long-term partner, Baelyn Elspeth, were among his many lovers.

Boyd and Elspeth had been together for ten years. The musician claimed in an interview with Sharp magazine that his album 8 contains snippets of his ex-girlfriend.
He also talked about how he composed the album when his relationship with his model girlfriend was still developing.

“…it [his relationship with Elspeth] was like we folded in together and we were this lovely piece of origami for 10 years and then we unfolded. And now we’re still very much best friends. She’ll have some great insight as to the psychologies of some of these songs. “

In third grade, Brandon Boyd was pursued by girls

For many, Incubus’ lead singer might easily be described as an icon. His iconic shirtless videos are to blame, but according to reports, he has been a chick magnet since he was a child.

Boyd’s mother, Dolly Wiseman, and brother, Darren, came out in an exclusive interview with Angel Fire and revealed some personal information about his life.

Boyd had always had a captivating influence on girls, they all agreed, but he was typically shy with them.

“Even when he was a small child, he had this charisma… Girls loved him. He had pale blond hair and big brown eyes, and even his teachers wanted to touch his hair. “

The singer’s brother told a story about an incident that happened when he was in third grade. When their mother came to collect them up from school, Darren remembered an older girl kissing and mauling Boyd. However, because he was a bashful kid, he would weep and push her away.

Similarly, when he was in fourth grade, his mother told him of an event in which a sixth-grade girl followed him home. He invited the girl to play with him. Later, the singer returned to his mother’s kitchen and informed her that the girl had been kissing him and that he enjoyed it.

Carrot Top refutes claims of plastic surgery, claiming that the before and after changes are the result of working out

Scott "Carrot Top" Thompson, comedy's King of Props, had to deal with a lot of plastic surgery rumors and before and after images. Despite hundreds of sources claiming he had surgery to improve his ap
Read More
March 2, 20220

The Husband and Children of CNN’s Fredricka Whitfield Have Been Revealed! Balancing Married Life as a Mother of Three