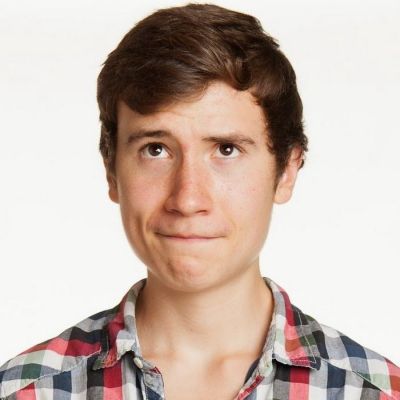 Brandon Calvillo was born on July 28, 1994, in Southern California, USA, and is a comedian, actor, writer, director, and social media celebrity most known for his Vine account, which had nearly 6.5 million followers when the video-sharing service was shut down. Nonetheless, he has managed to expand his notoriety to Instagram, Twitter, and YouTube, where he has about two million followers. Brandon has also achieved success as an actor and director.

He grew up in Placentia alongside his brothers Jesse and Gregory, both of whom are now well-known comedians and social media sensations. Brandon is the youngest child raised by his mother Kimberly and stepfather. He was drawn to the performing arts at a young age and polished his skills as he grew older. Brandon attended El Dorado High School, where he matriculated, but chose not to pursue university because he wanted to become self-sufficient and begin pursuing his job.

Brandon began his media career in 2013 by creating a Vine account and publishing short videos with comedic material. Brandon had over 10,000 followers in less than a month and continued with his comic sketches as his fame expanded quickly, reaching one million in the first few months. Because Brandon’s popularity grew, many other Viners and comedians sought to work with him. However, Vine was taken down in 2016, forcing Brandon to seek alternative sources of revenue.

He transitioned to Instagram, and more crucially, YouTube, where he began his journey to fame and today has over 250,000 subscribers. His official channel’s most successful videos include “Brandon Calvillo Complete Vine Compilation,” which has over one million views, “The Conspiracy,” a collaborative video with Alex Ernst, and “Smash or Pass,” which he did with Jason Nash and David Dobrik.

He also has over 1.2 million followers on his official Instagram page, which he has utilized to promote his latest job ventures as well as to disclose some personal facts. Brandon’s work has also made it to the big screen, with his directorial debut in 2016 with the short film “The Last Job,” since when he has written and directed several more short films, including “Dog,” “Chris and Anthony,” and “First Date,” all in 2017, and “Wild Nothing,” one of his projects in 2018. He also wrote and directed his first feature picture, “Malignant,” in which he co-stars with Eliza Helm.

Brandon made his acting debut in the comedy series “SHFTY: Super Happy Fun Time, Yay!” in 2014. Later appeared in such TV series as “Warzone,” also in 2014, then “Major Crimes” in 2016, and the same year also played Henry in the film “FML.” Brandon has recently appeared in the TV series “Sugar Pine 7” after appearing in his own short films (2018).

Although Brandon did not begin his career in the entertainment sector as a sales boy in a sandwich shop. He has since become a national sensation, proving his talents in numerous areas of the industry. He is not only well-known on social media, but he has also gained success as a writer, director, and actor. So, have you ever wondered how wealthy Brandon Calvillo is as of the middle of 2018? According to credible sources, Brandon’s net worth might be as high as $500,000. This figure will undoubtedly rise in the coming years, providing Brandon’s career continues to flourish.

When it comes to his personal life, Brandon hasn’t been very open about it. Many have speculated that he is gay because he hasn’t revealed any romantic relationship with a girl. Though there is a picture on his Instagram page of him and Alex Ernst kissing. Which has sparked rumors about Brandon’s sexuality. Brandon has stated that he does not consider himself gay, straight, or bisexual. Brandon, on the other hand, is still unmarried and entirely focused on his profession.