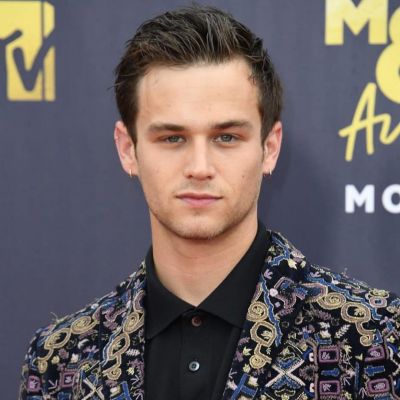 Do you know Who is Brandon Flynn?

Brandon Flynn is a young American actor who rose to prominence after landing the part of Justin Foley in the TV mystery-drama series “13 Reasons Why” (2017-2019), based on Jay Asher’s book.

Brandon Flynn was born on October 11, 1993, in Miami, Florida, USA, to Michael Flynn and Debbie Flynn of Jewish descent. He grew up with his two sisters, Danielle and Jaime Flynn. Brandon attended the New World School of the Arts; he began exhibiting a talent for the performing arts at a young age, making his acting debut when he was 10 in a musical rendition of “Peter Pan,” as Mr. Smee.

Because of his early success, he pursued an education in the subject after graduating from high school, enrolling at the Mason Gross School of the Arts at Rutgers University, and earning a bachelor’s degree in Fine Arts.

What information do you have about Brandon’s personal life? Well, this young prominent actor has been extremely open – in 2017, he connected himself with the LGBT community and stated his support for a protest against an aerial message over Sydney, Australia, urging a “no” vote on the country’s non-binding plebiscite to legalize same-sex marriage.

Brandon was in a relationship with the famous singer Sam Smith from September 2017 to June 2019, after which he stayed single and focused on his burgeoning career.

He has become a popular young actor since commencing his career, and his success, particularly in “13 Reasons Why,” has further boosted his wealth. Flynn’s net worth is estimated to be $1 million.

Brandon proceeded to make intermittent appearances in various projects throughout his high school and undergraduate years, largely in commercials, but also in over ten theatrical productions, including “Much Ado About Nothing” and “The Crucible.”

His first on-screen appearance was as Mike the Intern in the TV comedy horror-drama series “Brain Dead” in 2016, but he didn’t have to wait long for his big break, as he was cast as one of the major characters in the TV series “13 Reasons Why” in 2017.

“13 Reasons Why” and the Ascension to Stardom

His character, Justin Foley, is one of the main protagonists, and his portrayal has garnered attention, since he has appeared in 36 of the 39 episodes produced thus far, making him highly famous to the public. After demonstrating his abilities, not only the general public, but also casting directors, got interested in Brandon, and he quickly began receiving more jobs.

In 2018, he played Johnny in the short film “Binge,” and in 2019, he played Ryan Peters in three episodes of the criminal drama series “True Detective.” He is also working on the film “Looks That Kill,” which is now in post-production and stars Julia Godani Telles and Hi Hong Lee.

Brandon is 5ft 11ins (1.8m) tall and weighs 156lbs (71kg). His specific physique dimensions have not been made public, although it is clear that he has a thin build. His hair is light brown, and his eyes are a striking greenish-blue color.

His official Instagram page has over 5.2 million followers, with whom he has posted photos of events in his daily life. Among many more posts, here is one of him with his nephew and another with his sister. Brandon may also be found on Twitter, where he is followed by over 60,000 people, and on Facebook, where he has a fan page with over 20,000 followers.