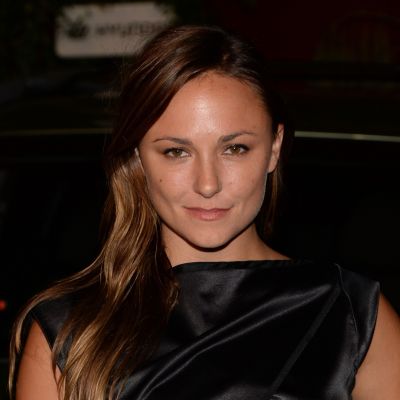 Do you know Who is Briana Evigan?

Briana Barbara-Jane Evigan was born on October 23, 1986, in Los Angeles, California, USA. She is a dancer and actress best known for her role as Andie West in the “Step Up” film series. She also appeared in the thriller film “Sorority Row.”

Briana was the youngest of three siblings with mixed Italian and Polish ancestry, and her father, actor Greg Evigan, and mother, dancer/actress Pamela C. Serpe, were both in the entertainment industry. She began dancing at the age of nine and went on to become a member of the group Moorish Idol, with whom she sang and played keyboards.

She attended Los Angeles Valley College and earned a degree in speech and communication before pursuing a career in dance. After establishing herself as a professional dancer, she began appearing in music videos for a variety of popular bands and artists, including Enrique Iglesias, Flo Rida, Linkin Park, and T-Pain. She also dabbled in acting, appearing in a variety of supporting roles in films and television shows.

In 2008, Evigan got her big break when she was cast as Andie West in the sequel to the successful dance film “Step Up,” titled “Step Up 2: The Streets,” in which she would star. The film was released in 2008, and despite negative reviews, it was a box office success. Her role in the film earned her an MTV Movie Award for Best Kiss, which she shared with Robert Hoffman. A year later, she appeared in “S,” the sequel to the cult horror hit “Donnie Darko.” Darko” went straight to DVD, however, and received negative reviews.

Briana was later cast as the lead in the remake of the horror film “Sorority Row,” alongside Audrina Patridge and Jamie Chung. The film received mixed reviews, but her personal performance was well received by critics, and the film also performed well at the box office; she was named one of the stars to watch. Following her trend of horror and thriller films, she signed on to be a part of the remake of the cult slasher film “Mother’s Day,” but it encountered a number of setbacks and was only released on DVD and Blu-Ray.

Briana was cast as the lead in the 2009 film “Burning Bright,” which is about two siblings who become trapped in a house with a tiger during a hurricane. The film received a positive critical reception, but it was only released on DVD. She then worked on several indie projects before starring in the short film “The Devil’s Carnival,” which she reprised in the sequel “The Devil’s Carnival: Alleluia! ”

Briana Evigan’s net worth is unknown. According to sources, she has a net worth of more than $8 million as of mid-2018, primarily from her successful career as an actress. She is best known as a Scream Queen, having appeared in a slew of horror and thriller films throughout her career. It is expected that her wealth will increase as she continues her endeavors.

Briana was previously linked to actor and dancer Robert Hoffman, with whom she co-starred in the film “Step Up 2”; they were even engaged but called it off after a year. In 2010, she began a three-year relationship with actor Patrick John Flueger, best known as one of the leads in the television series “The 4400.” She was also said to have dated actor Ryan Guzman for a short time. Since then, there have been no reported relationships involving her, so she is still officially single.