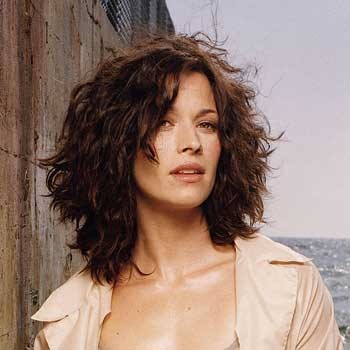 Brooke Langton is a well-known American actress and former model best known for her role as Samantha Reilly in the Melrose Place soap opera. She has also appeared in a number of TV shows and films, including The Benchwarmers, Primeval, Weeds, and The Mentalist, as a minor character. The Benchwarmers, The Adventures of Young Indiana Jones: Winds of Change, and Supernatural were among her subsequent successes. Langton has amassed a sizable net worth as a result of her illustrious career. The actress is not married but does have a child in her personal life.

Brooke Langton was born under the sign of Sagittarius on November 27, 1970, in Arizona, United States. Langton is of white ethnicity and is of American nationality.

Jackson Langton, a geologist, and her mother, a surgical nurse, are her parents. “All Trappers Do Not Wear Fur Hats,” written by his father Jackson, is a best-selling book. Brooke’s maternal grandfather was a World War II bomber pilot. Her maternal grandmother was a Swedish immigrant to Minnesota who farmed.

Sally Spalding, Brooke Langton’s aunt, is a script supervisor, so Langton knew from a young age that she wanted to be an actress. Brooke and her family relocated to Illinois, Texas, and Japan, among other places.

She attended high school and college in Illinois and Texas, where she grew up. Langton received her education from Herscher High School, L.D. Bell High School, and San Diego State University for her undergraduate and graduate degrees. When she was in Japan shortly after graduation, she began modeling in part.

Langton also attended the second annual Kidstock music and art festival in Beverly Hills, California, on June 1, 2008. She was also interested in studies, so when she moved to California, she went to school for marine biology and screenwriting. She went on to Second City to further her education.

Brooke Langton made her acting debut in an episode of Freshman Dorm in 1992 as Nikki. Langton made her film debut in the 1994 film Terminal Velocity, directed by Deran Sarafian, as Jump Junkie. Her first feature film role was in 1996’s Swingers, in which she co-starred with Jon Favreau and Vince Vaughn.

Langton’s breakthrough came in the Fox television series Melrose Place, where she had her first major role. Samantha Reilly Campbell was her character in Melrose Place. Linden Ashby, Josie Bissett, and Thomas Calabro starred in the series. Later, she starred in the minor role of Lisa in the 1998 film Reach the Rock.

Langton also portrayed Angela Bennett in the TV drama series The Net, which is based on the 1995 film of the same name, from 1998 to 1999. In the film Playing Mona Lisa, she was cast in the role of Sabrina. The same year, Langton starred as Annabelle Farrell in the film The Replacements.

In 2001, Langton had a leading role in the Fox crime drama series Fling, but the show was canceled before it premiered. Courtney Ford, Brandon Routh, Max Sandvoss, and Shoshana Bush starred in the series.

In the 2002 comedy film Kiss the Bride, Langton portrayed Nicoletta ‘Niki’ SposMrato. She appeared in TV shows such as The Break (2003), Weeds (2005), and Monk’s episode Mr. Monk Goes to the Dentist as Terri.

Brooke Langton then starred as Kathy Dobson in the 2006 film The Benchwarmers and as Claire Kelly in the 2007 film Beautiful Dreamer.

Langton played Constance Griffiths in the TV series Life from 2007 to 2008. Langton starred as Aviva Masters in the 2007 film Primeval.

She had a recurring role in the NBC drama series Friday Night Lights from 2007 to 2008. She also co-starred as Constance Griffiths, Charlie Crews’ attorney, in another NBC drama, Life, at the same time.

Langton appeared in the video for Bon Jovi’s song “You Want to Make a Memory” in 2010. She also appeared in the 2007 film The Kingdom as Kyle’s wife, but her role was cut when the film was edited.

Langton competed in the Swedish reality show Alt for Sverige in 2015. (Everything for Sweden). She competed against other Americans for the chance to learn more about her Swedish ancestors and family. SVT broadcasted the entire series. Langton was revealed to be a relative of actor Adolf Jahr in the second episode. In the same year, she starred alongside Stephen Dorff in Oliver’s Deal (2015).

Brooke Langton’s Salary And Net Worth

Brooke Langton’s current net worth is $2 million. She earns a lot of money from her acting career, which has helped her accumulate sizable net worth. Terminal Velocity, her film from 1994, grossed $16.4 million worldwide.

Langton made his film debut in the sports comedy The Benchwarmers in 2006, which was an instant hit at the box office, grossing around $65 million against a production budget of $33 million. He starred alongside Rob Schneider, David Spade, and Jon Heder in the film.

According to some online sources, a TV star’s salary ranges from $150k to $1 million on average. She has also been involved in a number of charitable endeavors and movements.

She has acted in films such as Primeval, Beautiful Dreamer, The Benchwarmers, Kiss the Bride, The Replacements, Playing Mona Lisa, Reach the Rock, and Swingers.

She’s also worked on shows like Allt för Sverige (in Sweden), Stolen Dreams, The Glades, Supernatural, The Mentalist, Life, Fling, The net, Melrose Place, Extreme, Eye of the Stalker, and Moment of Truth: Cult Rescue, among others.

Brooke Langton is currently based in Arizona, United States. She is single and has never been married (publicly). Zane, her younger son, is a frequent attendee at events and functions. She has not, however, revealed the biological father of her son. The age of the son is unknown, but according to reports, he is between the ages of six and ten.

The actress has dated a number of Hollywood celebrities in the past. Langton appears to be too preoccupied with her career and son to have time for a husband or a relationship.

In addition, in 1997, Brooke Langton had an affair with David Chokachi. Langton had an affair with George Clooney after she split up with her boyfriend, David. She dated Tiger Woods, a well-known golfer. She was also linked to Carl Hagmaier, the CEO of Nett Solution, INC, and American actor David Chokachi. Langton is an avid traveler as well as a certified scuba diver.

Langton stands 5 feet 4 inches tall and weighs 155 pounds.
She is 117 pounds in weight.
Body Measurement = Her body is shaped like an hourglass, with measurements of 34-24-33 inches.
She is 49 years old as of 2019.
Blonde hair color
Hazel is the color of her eyes.