Busta Rhymes is a proud father of five children who has a tumultuous love life.

Busta Rhymes is a well-known rapper and the father of five children. 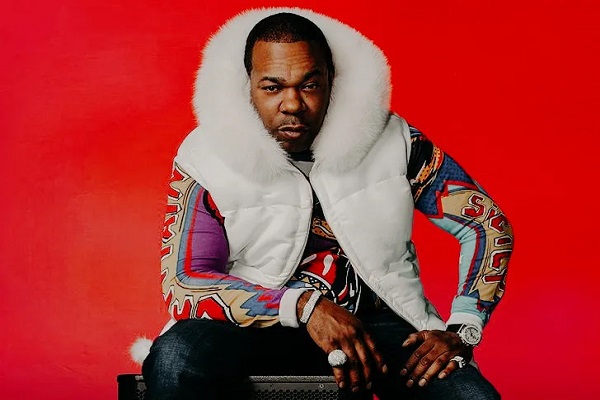 Busta Rhymes has a three-decade music career, and while he may not be as well-known as he once was, no one can forget him as one of the fastest rappers with a distinctive voice.

He made a name for himself in rap history for his unrivaled aptitude for speed rapping, delivering some of the fastest and most memorable verses in the genre’s history. He released ‘Break Ya Neck’ in 2001, which cemented his notoriety by averaging 3.28 words per second.
Even after all these years, his speed and ability to enunciate, combined with the weight, unadulterated tone, and texture of his voice, have made him stand out. He released his first solo album in 1996, and he was one of the most popular rappers in the 1990s and 2000s, with numerous chart-topping singles and albums.

While the rapper’s musical career was successful, his personal life was not. All of Busta’s baby moms have had tumultuous relationships with him. He’s also had more than one run-in with the law.

The rapper has never married and, as a result, has never had a wife. Busta may now have friendly connections with all of his ex-girlfriends, but that was not always the case. With ex-girlfriend Joanne Wood, the rapper has three children. Busta had a son in 1992 who was born prematurely and died soon after, despite the fact that he hasn’t said much about it.
T’Ziah Wood-Smith, Busta’s oldest son, was born in 1993. T’Khi Wood-Smith, the couple’s second child, was born in 1999. He is currently pursuing his dream of playing in the NFL. Jill Miskelly slapped Busta with a paternity test in the same year he was born.

Mariah Elizabeth Miskelly, his daughter, was born in 1998, and it was established that he was the father. Rhonda Randall and the rapper have another daughter, Cacie Smith. Trillian Wood-Smith is his fifth and youngest child, whom he shares with Wood.

Aside from the 1999 case, Busta appeared in court for the second time in 2005 for his children. He fought his ex-girlfriend Wood for custody of his children in court for a long time. Wood accused Busta of punishing her for becoming a lesbian, while Busta said she was an unfit mother.
Busta eventually prevailed in court.

Busta has been in and out of court for a variety of reasons throughout the years, not just for his children. Throughout his career, the hip-hop icon was continuously involved in legal troubles. He received a three-year probation sentence in 2008 for attacking his former driver and a fan.

This was not, however, his first run-in with the law. The rapper had previously pled guilty to four different driving infractions, and the judge had previously revoked his driver’s license for six months.

He was charged with assault a few years later, in 2015, after reportedly hurling a protein drink at a Steel Gym staffer. Busta allegedly used foul homophobic and racial remarks throughout the altercation. Much to the employee’s dismay, the rapper got away with a slap on the wrist.
The veteran singer-songwriter has published his eighth studio album and plans to keep making songs.

Related Posts of Busta Rhymes is a proud father of five children who has a tumultuous love life.