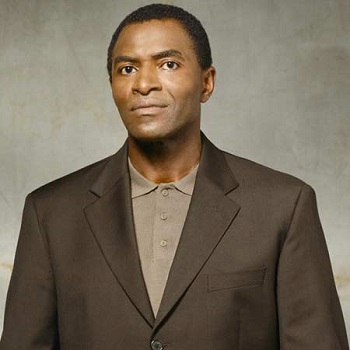 Carl Lumbly, an American actor, is noted for his variety, class, and unwavering dedication. On television and in movies, he usually plays police enforcement officers. He is best known for his appearances as NYPD Detective Marcus Petrie on Cagney & Lacey on CBS and CIA Agent Marcus Dixon on Alias on ABC. Lumbly is now portraying M’yrnn, Martian Manhunter’s father, on Supergirl.

Carl Lumbly was born on August 14, 1951, to Jamaican immigrants in Minneapolis, Minnesota, United States. His father, Carrol Lumbly, was a voracious reader, and this had a significant impact on his academic career. Amy Powell, Lumbly’s younger sister, reared him.

Lumbly finished his education at South High School. In 1973, he earned a bachelor’s degree in English from Macalester College. He began working at the Associated Press in Minneapolis shortly after graduating. He also conducted freelance work for a number of journals and periodicals.

Lumbly then relocated to San Francisco to resume his career as an Associated Press correspondent. However, he came upon a newspaper ad for black actors for a theatrical production barely two days after arriving. He went to an audition and was fortunate enough to get chosen.

The Professional Career of Carl Lumbly

Carl Lumbly’s first important on-screen job was in the television series Cagney & Lacey, in which he played Detective Marcus Petrie. Lumbly gained international prominence as a result of the series’ commercial success. For seven years, he was a part of the show.

Lumbly cast as Bobby Seale, co-founder of the Black Panther Party, in HBO’s Conspiracy: The Trial of the Chicago 8. His performance was praised by both critics and audiences. From NAACP Image Award-nominated works in TNT’s Buffalo Soldiers to an affluent, black entrepreneur in Oprah Winfrey Presents: The Wedding, his flexibility spans a wide range of characters.

For his role in Eden, he won the Los Angeles Drama Critics Circle Award for Lead Performance in 1980. He also played a wealthy paraplegic scientist/crimefighter in the critically acclaimed drama series M.A.N.T.I.S. The Color of Friendship, Namibia: The Struggle for Liberation, A Cure for Wellness, Black Panther, Criminal Minds, Family Guy, Zoo, and others are among his major works.

Carl Lumbly’s voice can be heard in a number of animated shows and films, including Justice League, Justice League Unlimited, Superman: The Animated Series, and Batman Beyond. As of 2018, he is preoccupied on his next film Supergirl, in which he portrays Martian Manhunter’s father, M’yrnn.

Carl Lumbly has amassed a sizable fortune as a result of his acting profession. He is estimated to have a net worth of $2 million as of 2018. He is a regular cast member of the CBS TV series Supergirl, a superhero action-adventure series in which some of the key actors make more than $100,000 per episode. As a result, Lumbly may earn the same amount.

Lumbly is also recognized for his voice-over work, with the voice actor earning an average of $40k per anime series and film. He is, however, a seasoned actor who has worked in the field for more than three decades. As a result, he might obtain more.

Carl Lumbly starred in a number of successful films, some of which are listed here.

Carl Lumbly was married to Vonetta McGeen, an actress. In 1987, the couple married in front of their closest friends and family members in a small ceremony. On the set of Cagney & Lacey, where they portrayed husband and wife, they first met. Vonetta died in 2010 and the couple remained together till her death.

Brandon Lumbly, their son, was born to them (born on 1988). The couple moved to Beverly Hills shortly after their son was born. When his wife was diagnosed with cancer, Lumbly nursed her for nine years. Unfortunately, he died of a cardiac attack in 2010 and lost her.

He was devastated by the horrific incident, and he took a three-year vacation from performing. With the stage production The Motherfucker with the Hat, he made a comeback.

“Remembering her example, her bravery in the face of adversity, was important in guiding me back.”

Lumbly has a close friendship with actor Danny Glover, with whom he co-starred in the film Escape from Alcatraz (1979). He works out on a regular basis to prepare for his demanding roles in films and television shows.

In his spare time, he prefers to write, work in his garden, run, play basketball, and work tirelessly to lower his golf handicap.