Carlos Rivera Isn’t Concerned About His Infidelity or Homosexuality Scandal

Despite his steady romance with La Academia colleague Cynthia Rodriguez, popular Mexican musician Carlos Rivera was once mistaken for having come out of the closet. 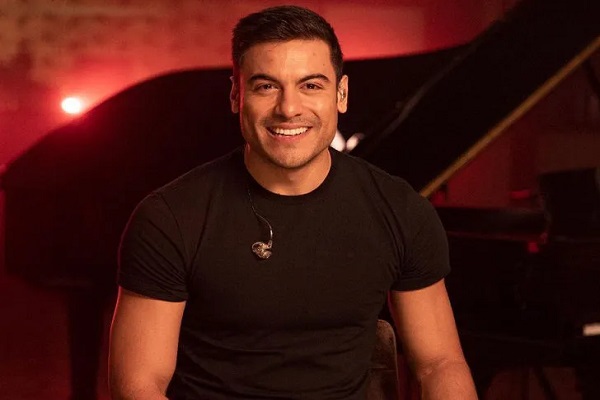 After winning the third generation of La Academia, Mexican vocalist Carlos Rivera rose to prominence. With songs like ‘Y Si tu Supieras’ and

‘El hubiera no existe,’ things have never been the same for this Mexican star.

While filming La Academia, the singer met Cynthia Rodriguez, with whom he has been in a relationship ever since. Rumors of secret marriages, the singer’s infidelity, and pregnancy announcements have fueled their romance on several occasions.

Despite being in a long-term relationship with TV star Cynthia Rodriquez, Rivera has been questioned about his supposed homosexuality on numerous occasions.

When another singer made his homosexuality public, the allegations and speculations reached unprecedented heights. Jose Monti Montanez, a former member of Menudo, was the singer, and he revealed to being gay after years of denial.

For a period, Rivera was confused for Montanez, leading everyone to believe Rivera had acknowledged to being gay. As a result, the winner of La Academia had to face abuse and derision for being gay on many social media platforms.

Despite the singer’s denials of the LGBT allegations and his relationship with Rodriquez, many people continue to doubt his sexuality.

In February 2021, Toita, a former member of La Academia, threw some spice to the race by saying on the program Gossip No Like. She questioned Rivera’s sexuality and the validity of his courtship with his girlfriend during the interview.

Rivera is said to have cheated on his girlfriend

Rivera was chastised for a variety of reasons, not the least of which being his homosexuality. Another dispute erupted after the singer posted a message on Danna Paola’s Instagram.

The ‘I was waiting for you’ singer lauded Danna Paola in the remark, which did not go over well with the internet.

On a dance video of Danna Paola, Rivera reportedly commented, “That,” accompanied by an emoticon of a dancing woman.

This controversy caused a schism among his fans. While some fans expressed their desire for the two to be together or perform a duet, others were upset and chastised him for not honoring his relationship with Cynthia Rodriguez.

Many of these unfounded reports arose as a result of Rivera and Rodriquez’s lack of candor in the public regarding their relationship. Aside from the Danna Paola scandal, the popular Mexican singer has also been chastised for cheating on Cynthia Rodriguez with a male.

Carlos Rivera Talks About His Infidelity and Homosexuality Scandal

Rivera, being a private guy, initially chose to remain silent about the infidelity and homosexuality controversies that surrounded him. He responded to the gay allegations as the situation proceeded, implying that even if he admitted to being in a relationship, he would still be a target of gossip. As a result, he is uninterested in the comments.

The singer also stated that he doesn’t give a damn about what others have to say about him. He continued by expressing his disinterest in the responses he had received.

“In the end I think I’m not someone who is  there to explain anything. As long as you know what you have, the person you love, as my song says: ‘That what is ours stay ours’.  [Translated]”

Rivera was previously mistakenly identified as gay, but that’s all in the past now!