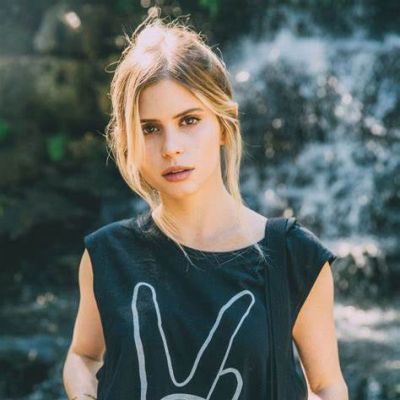 Do you know Who is Carlson Young?

Carlson Elizabeth Young, a 28-year-old American film and television actress, was born on October 29, 1990, in Fort Worth, Texas, under the water sign of Scorpio. Fans have become interested in her work in recent years, thanks in large part to her unconventional career path. She began her acting career at the age of 14 but did not receive credited roles until 2007.

For the next few years, she tried to make it in show business, but everything changed when she was cast as Brooke Maddox in the critically acclaimed series “Scream” in 2015.

She has since appeared in several films, including “The Blazing World” and “The Night is Young.” While she has yet to win a significant award, it is reasonable to say she is entering her prime.

Marshall Ralph Young Sr. and his wife Susannah Elizabeth raised Carlson in her birthplace, but little is known about them other than their names. This is mostly because, despite her meteoric climb to fame, Carlson has always been a quiet person. She was frequently approached by admirers and media, who questioned various aspects of her family and early life.

She respectfully refused to answer any questions not linked to her acting career each time, although we do know a few things about her. Carlson Young has a sister named Griffin, her ancestors are Irish, French, and English, despite her American citizenship, and she graduated from Country Day School in her hometown in 2008.

Carlson Young would then attend the University of Southern California (USC), where she would study poetry writing and creative writing. Young chose not to finish her studies because of her continued performing career, instead focusing on numerous professional undertakings.

‘Those classes at USC helped me acquire perspective,’ Carlson said once. ‘I would love to return and get a degree.’

Carlson Young is married to Isom Innis, the keyboardist, and producer of Foster the People, the enormously popular indie pop group best known for their 2011 platinum song “Pumped Up Kicks.” Isom and his belle had only known each other for a few weeks before they began dating. Their engagement tale is particularly intriguing: in January 2016, they were on holiday in Iceland, as both Isom and Carlson are ardent mountaineers and hikers. In an unforeseen turn of circumstances, they found themselves trapped on a mountain, and Isom joked that if they made it out alive, he would propose to her. They did, and he proposed in the chopper on the way to safety.

They married on April 29, 2017, in Carlson’s hometown, at Saint Andrew’s Episcopal Church, where she had attended as a child, so the start of her relationship with Isom was a symbolic gesture of her return to her roots. Their present address is in Los Angeles, California. She dated several prominent models and painters before marrying Isom, including Tony Oller, Brian Patrick Kehoe, and Lucas Till.

Have you ever wondered how wealthy this well-known actress is? Carlson Young has a net worth of roughly $4 million as of late 2019, gained by methodically establishing her profession from the bottom up since the age of 14.

Young, a rising actress, got another chance to show off her diverse skills when she played Tammy in “True Blood.” Even though her character was featured in only three episodes, she had more than enough time to wow the show’s devoted audience.

She went on to feature in “The Dog Who Saved Christmas Vacation,” “The League,” and “CSI: Crime Scene Investigation,” all of which are well-known television shows. Carlson once again failed to win a prominent role in a show or film, but she did succeed in becoming part of a larger collective and expanding her portfolio.

She later appeared in “Big Time Rush,” “Traffic Light,” “Wendy,” “Shake It Up,” and “Pair of Kings.” This stage in Carlson’s career is mostly regarded as a transitional period in which she explored her acting preferences and collaborated with well-known actors and directors.

Young was cast as Jacquelin in “Kay and Peele,” a popular comedy series created by Jordan Peele and Keegan-Michael Kay, in 2012. This was one of her first interactions with comedy, and she defied all expectations by acting professionally. Following that, she would scale back her appearances, with “The Kid” and “Premature” serving as her only acting credits in 2013 and 2014.

Carlson Young enjoys spending time on social media. She has a Facebook page with 45,000 likes and is popular on Instagram and Twitter, where she has 365,000 and 110,000 followers, respectively. Carlson Young primarily uses Twitter to promote her current works, whilst Instagram is reserved for a more personal aspect of hers.

She is passionate about animals, architecture, and her friends, which is evident in the majority of her contributions to this network.