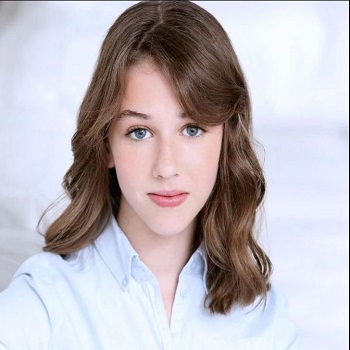 Caroline Konstnar is a YouTuber, singer, and illustrator from the United States who is most known for her sketch comedy and song parody videos on her eponymous YouTube channel. Konstnar rose to prominence in 2019 after releasing her viral video It’s Prom, which has had over 6.7 million views to date. Her YouTube channel has around 763K subscribers and 25.292 million views as of early 2021. However, she seemed to have vanished from the spotlight in recent months—what happened to her? Let’s have a look.

Joey and Talaia are her two siblings. The 17-year-old American YouTube personality stands 5 feet 4 inches tall as of March 2021. Her astrological sign is Leo.

Caroline Konstnar was homeschooled and graduated from Laurel Springs School, an entirely online private school, before going on to study illustration at the School of Visual Arts. She also trained as a ballerina at New York’s Valentina Koslova Dance Conservatory and the School of American Ballet.

Caroline Konstnar pursued a profession as an illustrator in her early years and shared her work on Instagram (@caroline konstnar) for the first time in March 2016. It quickly caught her attention on social media networks, resulting in her gaining over 304K followers in March 2021.

She launched an eponymous YouTube account on August 9, 2018, where she frequently broadcasts comedic sketches and song parodies. Caroline’s debut video, CornaCast Makayla and I Yell, was released on March 30, 2019, but it wasn’t until April 17, 2019, that her video named “It’s Prom” became a YouTube sensation, with over 6.7 million views.

The Jellyfish Song, I’m a Steak, The Nice Guy Song, Lonely Halloween Song, A Song for Belle, and The Depression Song are among the five songs included in the American YouTube star’s comedy EP This Is Underwhelming At Best, which was published in August 2019.

Konstnar is a TikTok celebrity and a ballerina-turned-social media influencer. Her unusual facial expressions and comic routines have undoubtedly earned her significant acclaim on the platform. Caroline has over 115.1K followers and 1.1 million likes on her TikTok account, @carolinekonstnar.

What Happened to Caroline After She Was Diagnosed With Bipolar Disorder?

The majority of Konstnar’s YouTube videos have been removed, with only a few remaining on her channel, prompting online speculation over what happened to her. Furthermore, the new social media star displayed less activity online, which sparked clouds of intrigue.

Caroline later revealed in a YouTube video on November 23, 2020, that she has had bipolar disorder since the age of 15 and was dealing with its severe effects by the age of 16. She also mentioned that one of her brothers had an intellectual handicap and the stress her parents were under once she noticed symptoms of bipolar disorder.

Konstnar said she wanted to make people laugh, the way she used to,’ while discussing her battle with depression. Caroline appears to be back on track, having recently produced a YouTube video titled ADVICE from a REAL fake DOCTOR on February 25, 2021.

Caroline Konstnar’s Net Worth in 2021: How Much Is She Worth?

Caroline Konstnar, an Instagram sensation, and YouTuber have already established herself as one of the acclaimed young characters with widespread recognition and money. Konstnar has a net worth of $600,000 as of March 2021.

According to reports, Caroline earns a significant chunk of money from social media sponsorships; her Instagram (@caroline konstnar) has the potential to produce $914- $1,523 for every sponsored post. Caroline’s self-titled YouTube channel is predicted to earn $9.5K – $152.3K per year, according to Social Blade.

Is She Dating or Is She Single?

The teen YouTuber and Instagram sensation maintains things low-key and seldom lets the online media interfere with her personal interests. Caroline Konstnar is not publicly dating or involved in any speculated relationships as of early 2021. Despite the hype, there was never any news about her boyfriend or any romance stories.

She frequently goes professional on Instagram, posting her comedy skits as well as illustrations. Because her relationship status has yet to be confirmed, online sources are already claiming that she is now single—a claim that appears to be pretty believable for the time being.